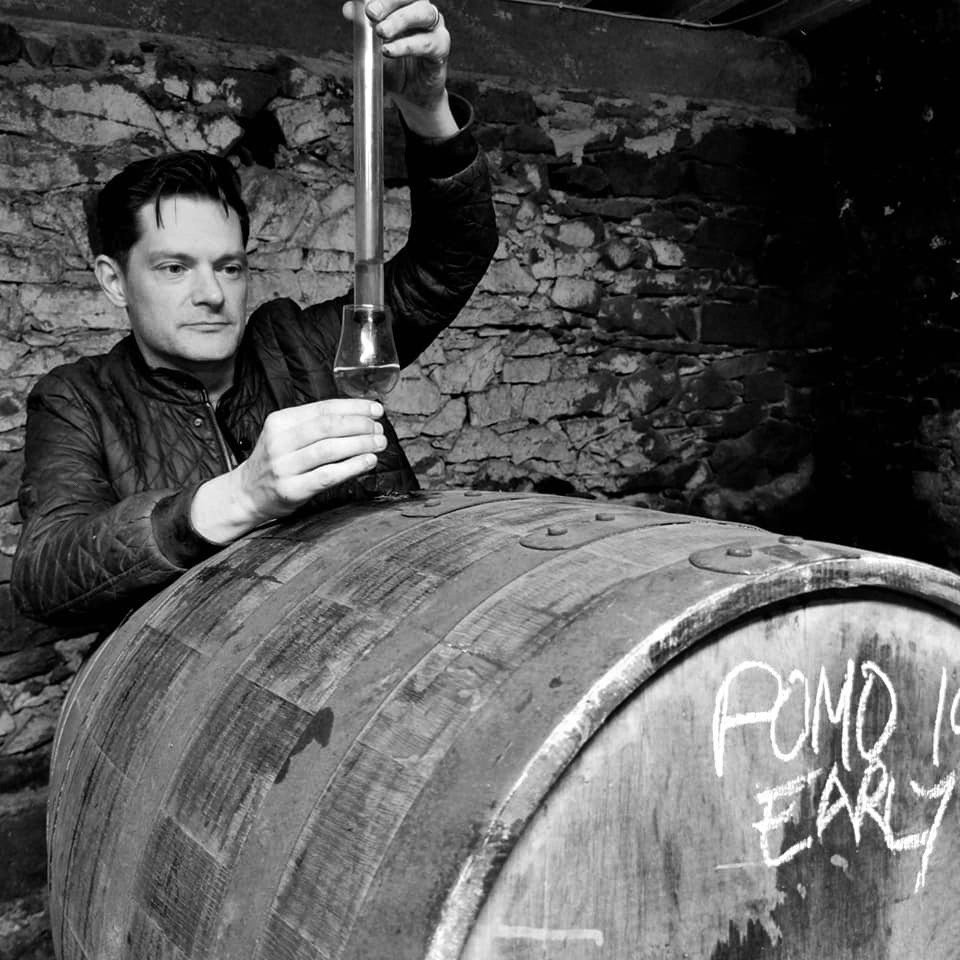 A native of East Cork, David Watson is a tree aficionado. With his background in science, he has always had an avid interest for botany.  Having an encyclopaedia-like knowledge of apple and pear trees, David has been collecting and growing plants from all over the world since the early 2000s. In 2011, he decided to acquire some land near his birthplace, tucked away in the village of Glounthaune.

David was looking for a way to best use the land. With its unique south facing slope on the edges of Cork harbour, the parcel had been laying largely idle for decades. Most notably, the land still had the remnants of an old orchard planted in the 18th century, which had likely been used in the heyday of Irish cider making in the 18th and early 19th centuries. Besides, he detected some wild apple trees in the hedgerow, showing signs of having descended from the original orchards all those years ago.

Barry Walsh, David’s cousin, is also a native of Cork. In his early years, the little wizard enjoyed experimenting with creating unique drinks from the wild Irish hedgerows. He had already developed an interest for flavours, and he was fascinated by the fermentation process. Later, he went on to study Biochemical and Process Engineering.

The cousins who shared the same interests and who wanted to apply what they had learned and experienced, decided to start working hand in hand. They initially planted an orchard with an extensive variety of more than 40 cider apples together with 10 perry pear varieties, (mostly from the West Country in England and Normandy in France).

Tim Watson, Dave’s late father assisted the cousins in managing the orchard at Killahora House. He had always worked as naturally as possible and the young men were feeding off his know-how.

As it typically takes three to four years for apple trees to produce decent volumes of fruit, they researched how to make best use from this unique diversity of fruit. In the initial phase, David and Barry focused on making a premium cider, using artisan methods, (such as hand picking, fruit maceration, and a 12-month maturation span). After securing a number of awards, it became apparent to the duo that making a premium cider in a market that was more focused on price points, was not showcasing Killahora’s unique terroir, methodology, and ambitions.

David and Barry knew that they had to spark a few changes and in 2015, a bright idea arose, that of creating an 'Irish winery'. The first experiments were done producing small scale batches of ‘Apple Port’, based on the Normandy Pommeau.

Meanwhile, Barry came across eminent French producers, including Eric Bordelet and Cyril Zangs, Englands’ Tom Oliver, or Mark Jenkinson of Cockagee in Ireland, who craft ciders, letting the fruit, the terroir, and the vintage express themselves, in the same way respect is given to wine. Subsequently, Barry also discovered cidre de glace, or ice cider, which had been pioneered in Canada. The uniqueness of these beverages is the combination of rare fruit and artisan methods incorporating modern techniques, so as to produce the finest possible drinks from the land.

Inspired by these encounters, Barry and David rolled up their sleeves and continued to progress. While Canadian cidre de glace is made with eating apples, at Killahora, the cousins used their bittersweet varietals, some of which have a significantly higher tannin content than robust red wines. As such, their Rare Apple Ice Wine has a drying complexity not often seen in either a dessert wine or an ice cider.

At Killahora, the focus is on farming the prized orchards, (consisting of more than 1,000 trees and bordering 150 varieties), as naturally as possible while respecting the land, and the thriving biodiversity, which also includes their orchard beehives.

Barry is a passionate, creative and skilled winemaker producing sophisticated wine, perry and cider, which reflect the underlying terroirs of their orchards. Together with David and his wife Kate, they took a huge risk, but what they have created at Killahora is inspiring and their desire to progress is insatiable.