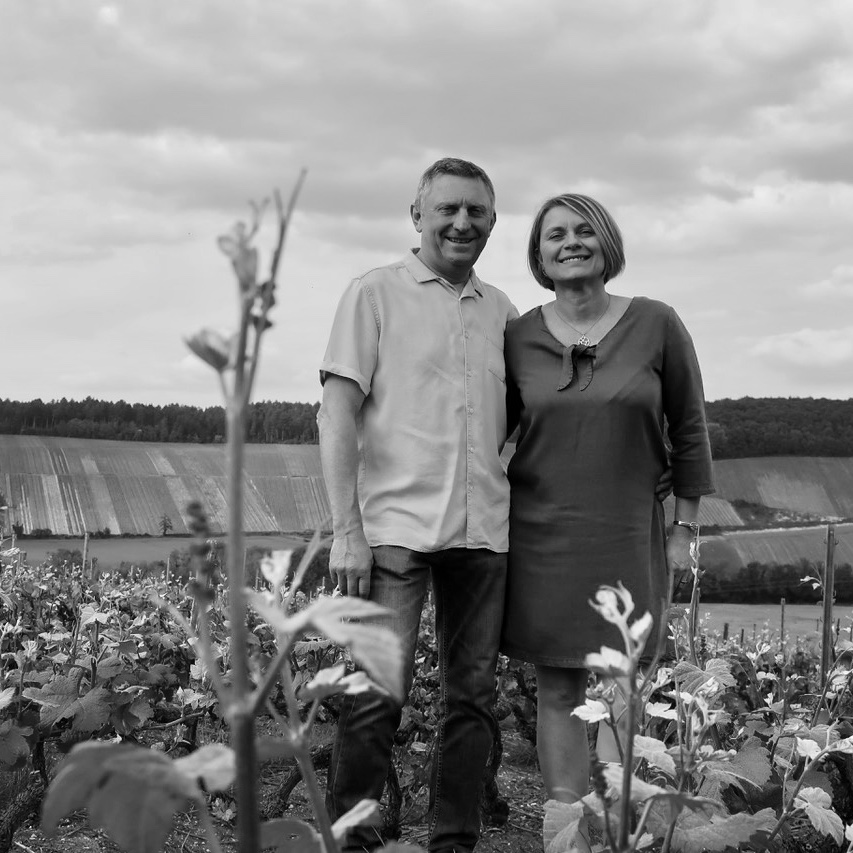 As with other areas in Champagne, the Vallée de la Marne has a multiplicity of vignerons producing Champagne from the prime Meunier cépage in a variety of styles. In spite of that, the wines of Christophe Mignon, which we discovered over a decade ago thanks to a sommelier friend in the Alps, belong to the top league.

Christophe Mignon represents the 5th generation of the Mignon family to be producing Champagne and his solo adventure truly started in 1983, when he created his domaine. He has gradually increased its holdings and there are now 6.5 hectares of vines distributed in more than 30 plots, largely planted with Meunier, and located between the villages of Le Breuil, and Festigny.

From the start, Mignon’s philosophy has been to work alongside nature, respecting his complex and dynamic green clay and chalky tuffeau (limestone) soils, and preserving his healthy and deep-rooted vines. His natural practices include biodynamic principles, phytotheraphy and geobiology. For example, Christophe harvests and dries all his wild plants such as nettles, burdock and meadowsweet, to name a few. Throughout the year he prepares his infusions and concoctions, which he subsequently sprays on his vineyards on account of their antimicrobial, insecticidal, insect-repellant, and even photo-stimulating properties.

A committed farmer, Mignon also built special equipment for his vineyards, designed to avoid the compacting of the soil and therefore minimising the impact on the roots of the vines.

For more than two decades, the work carried out in the vineyards, as well as in the cellar, is undertaken in harmony with the cycles of the lunar calendar. Christophe explains that the moon is to a vigneron what the metronome is to a musician. Not only do the moon and the planets influence tides, but they also have an impact on the soils, the vines, and the Champagne itself.

Each of the plots of the estate is cultivated separately, so as to respond best to the need of each vine, and what Mignon is constantly searching for is to bring vitality, fruitiness, and energy in his wines. Following the manual picking of the high quality and mature grapes, each of the 30 plots are individually vinified in the cellar where, again, each step is guided by the lunar calendar. There is little or no dosage (the addition of sugar) and the amount of sulphur is negligible. The wines age first of all on their lees in large stainless steel vats or oak barrels for a minimum of 18 months, and a further 48 to 60 months in bottles.

A craftsman with a keen eye, Christophe Mignon is patient and sensitive, and he farms his vines with the greatest respect. With his wife Catherine, who joined the estate in 2006, the couple might be ‘below-the-radar’ but their champagnes from the Meunier country are fascinating. Breeding with classy complexity, fleshiness, mineral structure, nuances, and a ripe balance between fruit and acidity, they display finesse and character.