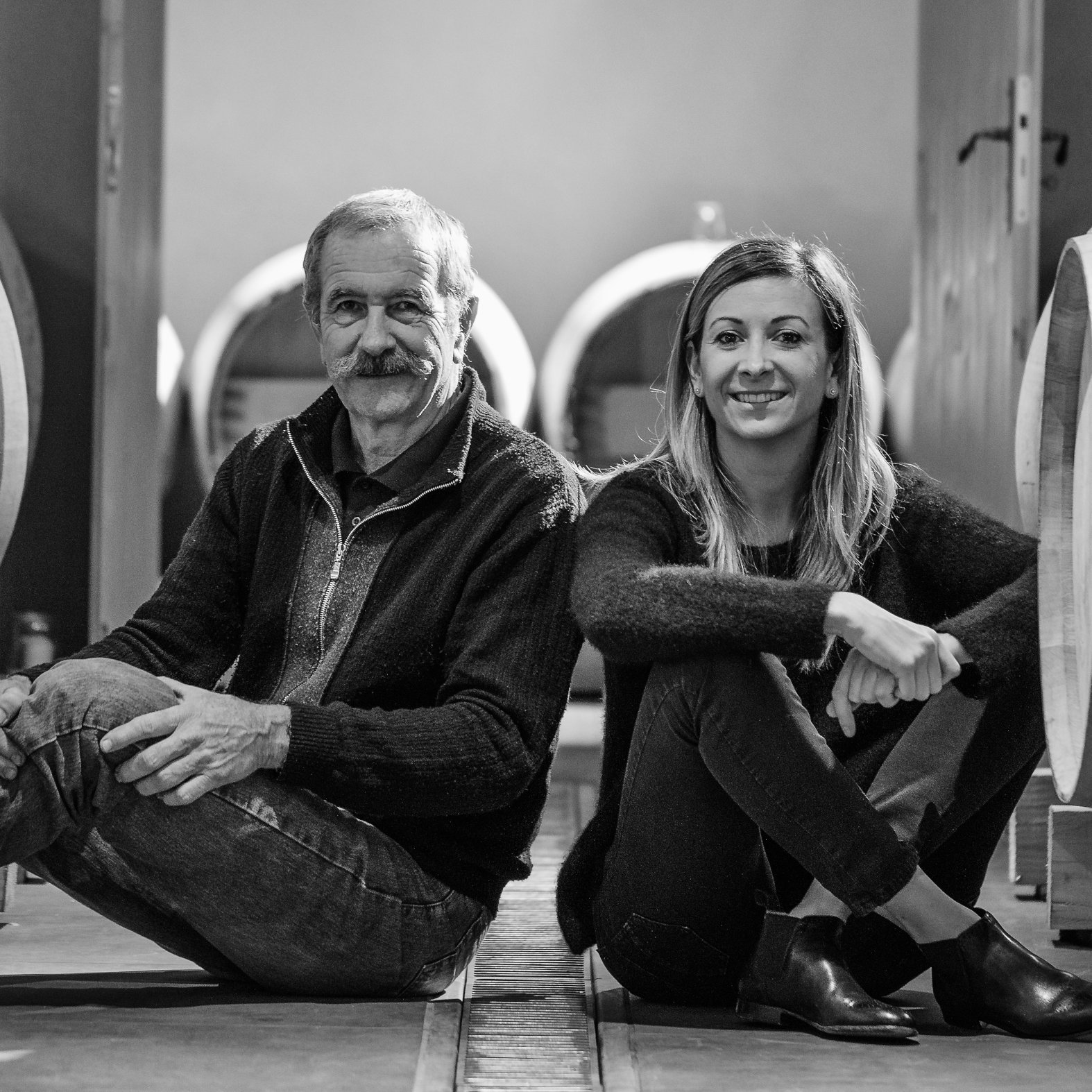 Domaine Vallot was founded in 1920 but the modern story of the estate really began in the middle of the seventies when François Vallot took over the reins of the domaine from his parents. François’ grandparents produced wine, but in rather large quantities. His parents continued to produce wine while also selling grapes to the local cooperative, La Cave du Prieuré de Vinsobres, of which Claude Vallot, François’ father, was one of the founding members.

François Vallot naturally spent his childhood wandering in the vineyards with his father and his grandfather.

From a young age, he helped out in the vineyards and in the cellar, where his passion for winemaking was honed. He took himself to study viticulture and in 1976, at the age of 23, he began collaborating with his parents while also working at the local Cave du Prieuré cooperative. Later, in 1990, he produced his first wines.

Vallot was always mindful of the rich environment around his vineyards and from the time he joined his parents, he started to farm organically. He subsequently followed biodynamic practices looking to strengthen the vitality and the resistance of the vines, while also improving the natural exchange between the sun and the roots. Domaine Vallot subsequently gained its Demeter biodynamic certification in 2007.

François and Jocelyne Vallot had two daughters. The youngest one, Anaïs, decided to study hospitality in Paris where she secured a degree in International Conciergerie, followed by a Masters in International Hotel Management in Sydney, Australia. Her ten-year career in hotel management took her around the globe, where she managed luxury hotels. However, Anaïs never forgot where she came from and her roots were deeply anchored in the vineyards of Vinsobres. She decided to come home and took up advanced studies in winemaking. After graduating, she honed her skills at the legendary Château Yquem, where she took up an internship for a full year before joining her father in 2013, at the age of 28.

Located between Vaison la Romaine and Nyons at an altitude of 450 metres, Domaine Vallot’s vineyard is planted on sunny hillsides above the river Eygues, thus escaping springtime frost and benefiting from great humidity in the soil. With such an idyllic location, the Dentelles de Montmirail and the Mont Ventoux as backdrop, the estate is rarely swept by the strong and freezing southern Mistral wind.

The 30-hectare estate features Grenache, Mourvèdre, Syrah, Cinsault, Clairette, Bourboulenc and Viognier growing as bush vines, some as old as 65 years. They are tended with the utmost attention and care.

Anaïs Vallot is now in charge of the winemaking, under the watchful eye of her father. Gentle, delicate and enthusiastic, her wines are irresistible. They are stylistically fresh and seductive, and although they can be enjoyed young, they have a remarkable ageing potential, especially the outstanding ‘L’Exception’.