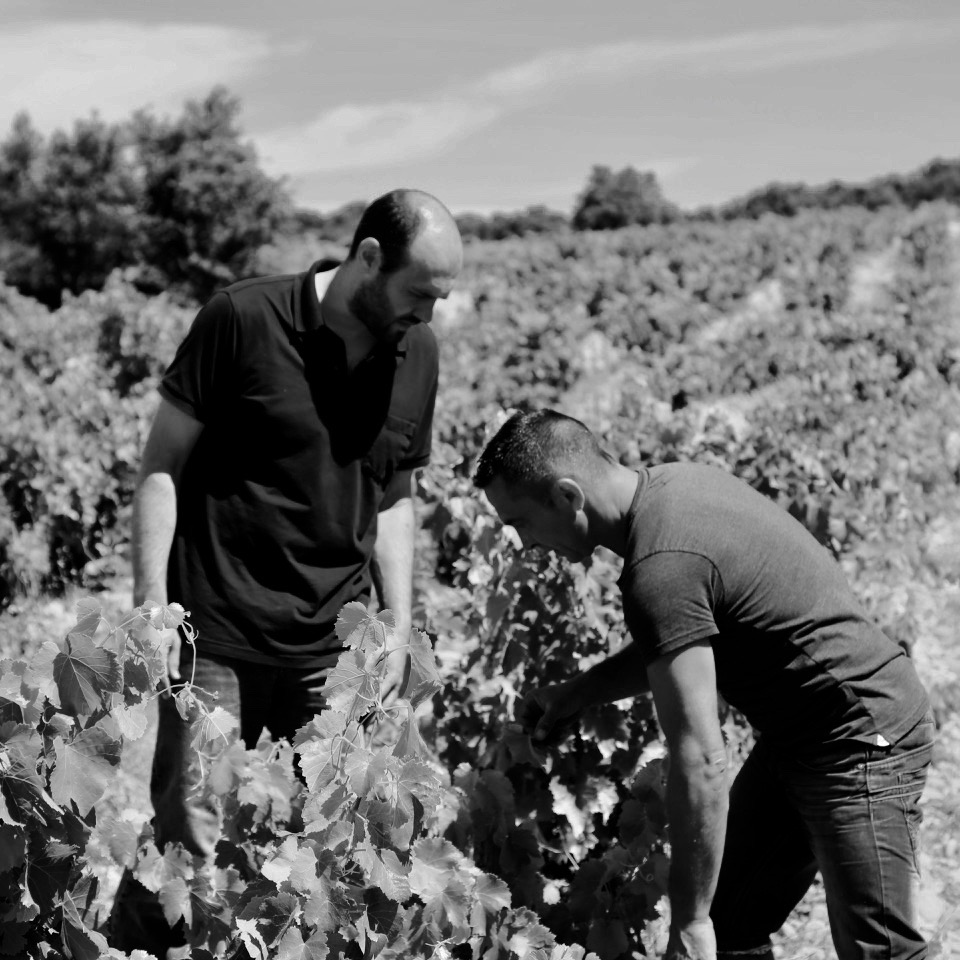 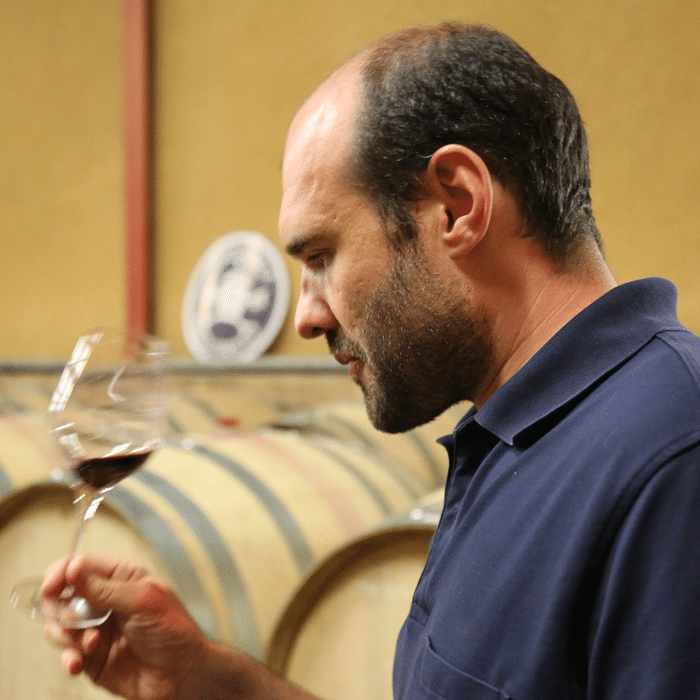 In 2014, Marie and Benoit Lombrière took over 5.5 hectares of vineyards in Châteauneuf du Pape which belonged to Marie’s parents.

A native of Périgord, son and grandson of farmers, Benoit Lombrière always knew that sooner or later he would work the land. After graduating from prominent business schools, Benoit advised multiple Ministers and a French President.

Marie had her own communications company. When Benoit and Marie jumped into the adventure, they surrounded themselves with dedicated people and experts in their own field including Pierre-Jean Villa, the distinguished winemaker from Côte Rôtie and Condrieu. Villa is a consultant at the domaine, assisting Franck Ferraton, the cellar master.

Through teamwork, the Lombrières have reconnected with the idea that a Châteauneuf du Pape wine should be refined, delicate, and express the terroir so specific to the appellation. The majority of their holding is planted with Grenache - some vines being over half a century old - along with Syrah and Mourvèdre, Roussanne and Grenache blanc, on rolled pebbles and chalky clay, and limestone soil. Starting in 2017, organic farming methods were introduced along with the plantations of trees and hedges, to allow the eco-system to thrive.

For the Lombrières, the quality of the grapes is key to producing the best possible wines. After hand-picking, the grapes are placed in semi-buried tanks, using gravity. Before their release, the reds have aged 8 to 12 months in oak barrels.

The Cuvée Marie is delicately textured, with a dynamic structure delivering refined fruitiness and mellow tannins with plenty of charm. The white Cuvée Thaïs is outstanding, full-bodied with inviting acidity.

Although Domaine Georges-Lombrière’s production is quite confidential, it is certainly a domaine to watch.