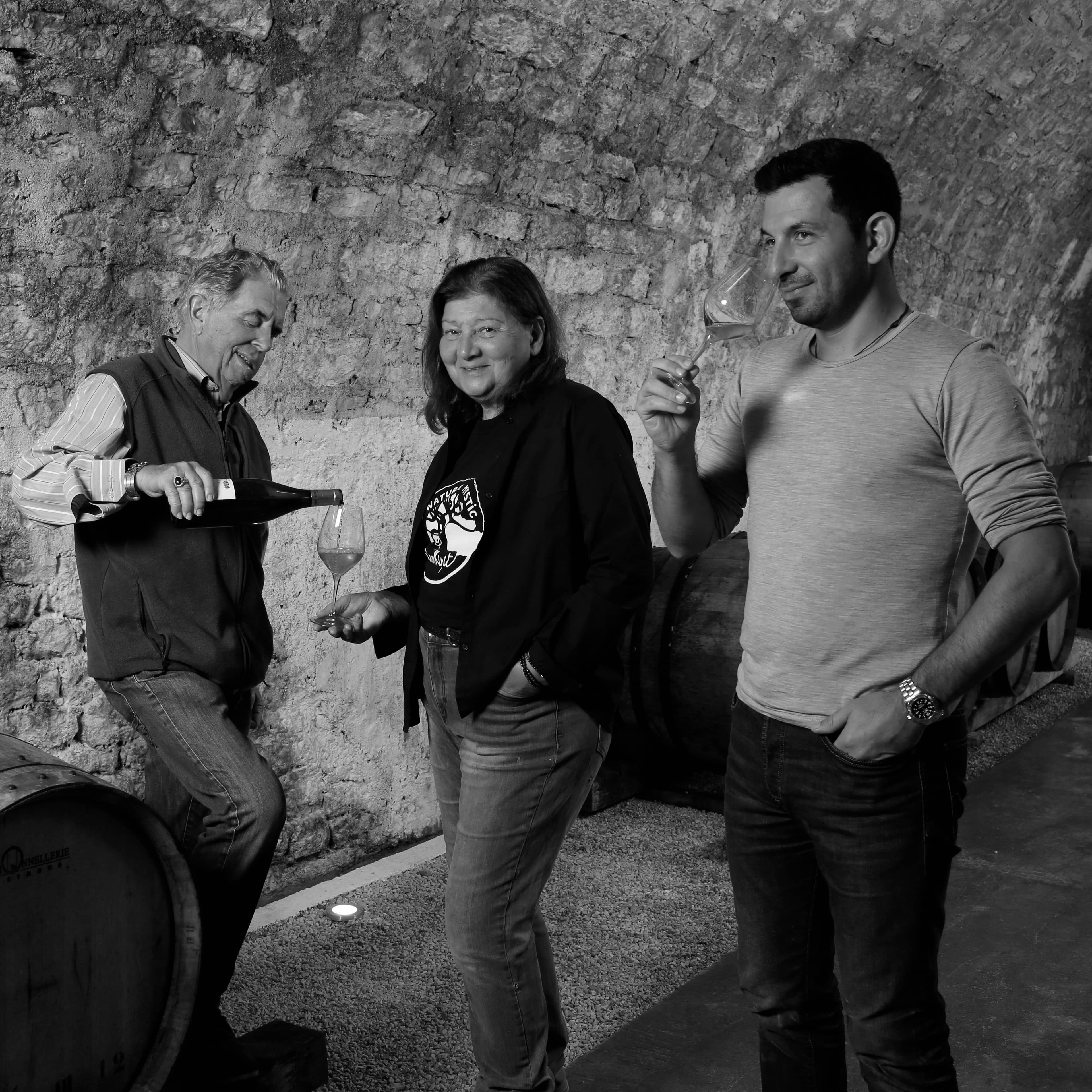 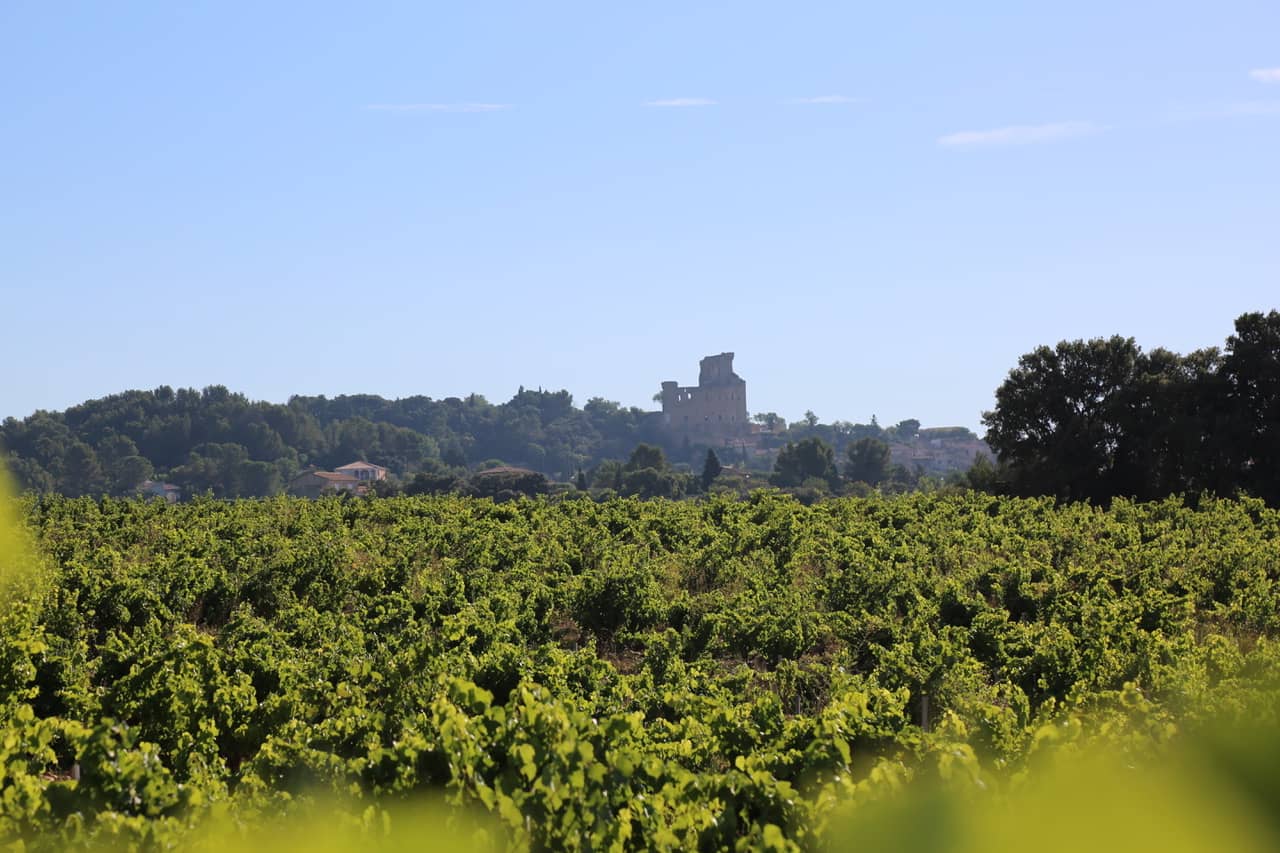 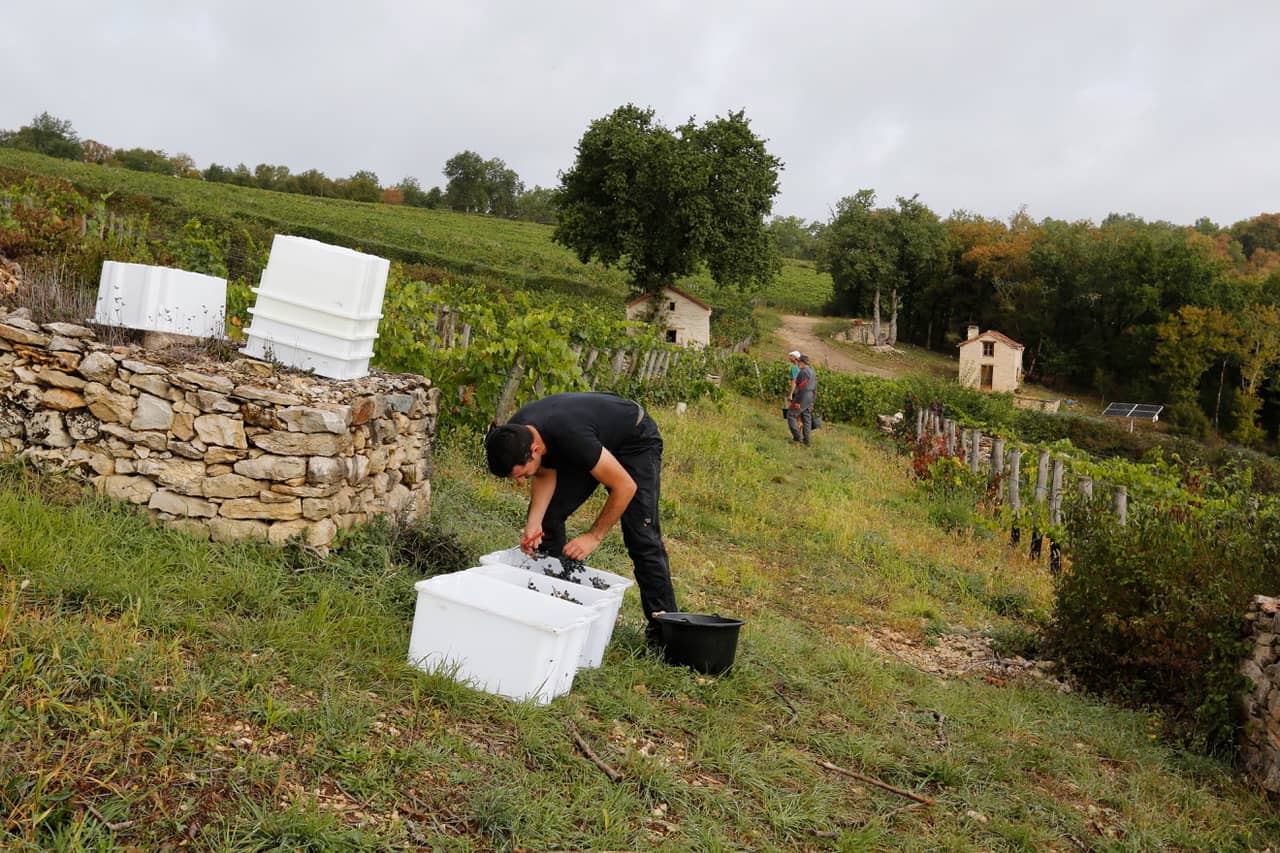 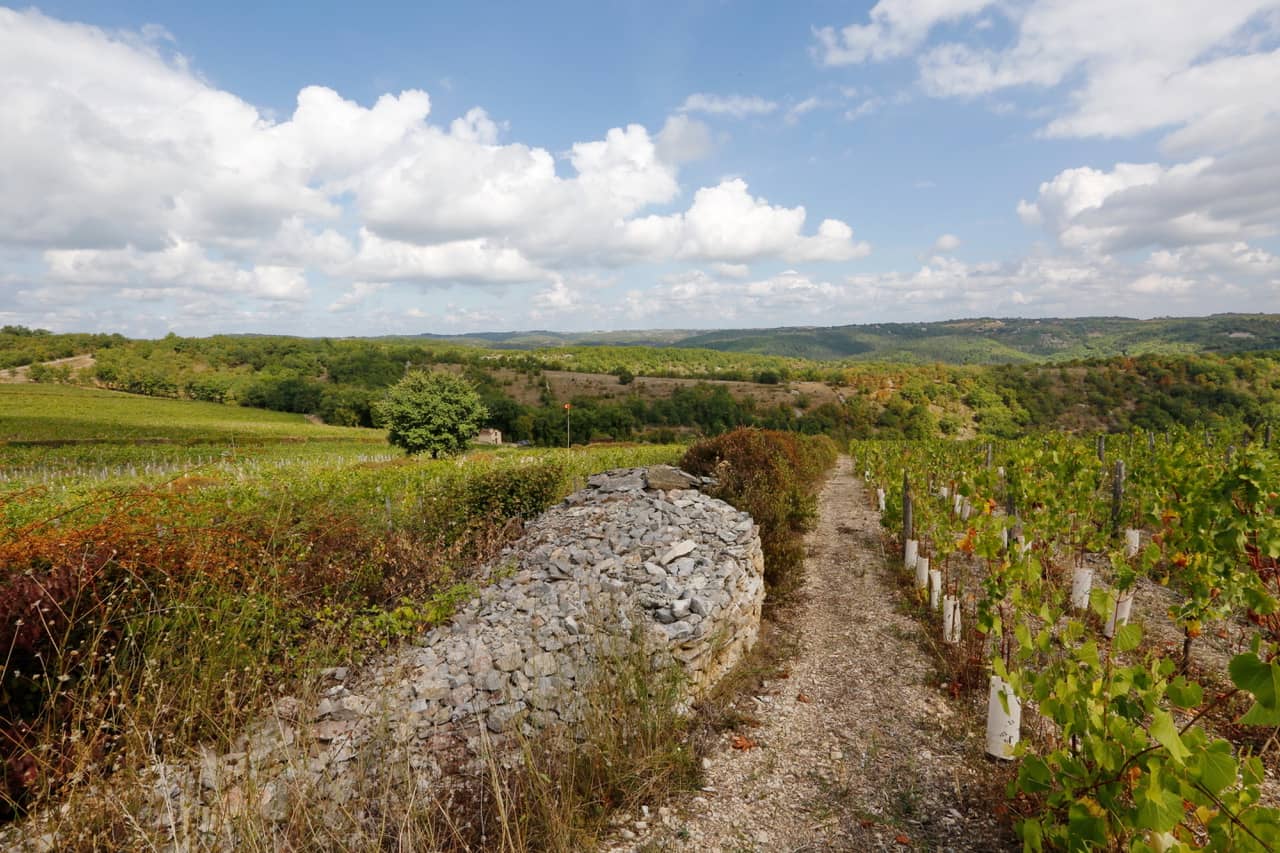 La Roque d’Antan is the coming together of decades of research by eminent microbiologists, Lydia and Claude Bourguignon, and their passion for the terroirs, the vineyards, the vines, and ultimately, the wine.

Lydia and Claude Bourguignon know the secrets of the soils. They are the world’s most celebrated soil consultants, and both were highly regarded researchers for France’s Institute National de la Recherche Agronomique (INRA). In 1990, they presented the results of one of their considerable studies about soil microbiology. The outcome of their observations was that the microbiological activity was less active in the soils of French vineyards than in those of the Sahara desert.

Although considered alarmists by many, they were nonetheless contacted by numerous illustrious estates around the world such as Pingus, Harlan Estate, Château Ausone, Domaine de la Romanée Conti, along with farmers who required the biological life of their soils to be studied by the couple.

They left INRA to establish their own lab in 1990. Since then, they have been like grasshoppers travelling the four continents to conduct research, and much like moles, they have been digging pits in their clients’ vineyards to study the roots of the vines.

They have been revealing the billions of microbes that live in each gram of soil, their benefits, and they have proved that chemicals used in conventional agriculture gradually lead to the sterilisation of the soils. In the case of vines, the Bourguignons had witnessed that the complexity of a wine seemed to be linked to the depth of the roots and how tortuous they are.

While exploring, the pair of eminent microbiologists was permanently inspired by the poetry of the agrarian landscapes they visited all over the world and by the relationship between the strength of the vines, and that of the people who cultivate them.

Then came the urge to tend their own vines. The action plan was in place with the following criteria: plant their vineyard according to their own convictions, choose their terroir according to their own specifications, and make wine according to their own sensitivity. In the early 2000s, they sighted an ancient and partly abandoned plot of land in the vicinity of Cahors, and they also found a 18th-century vaulted cellar where they could make the wine. After clearing and reclaiming the hillside and simultaneously preserving hedges and trees, Lydia and Claude restored the terroir to its former glory, in fact a terroir quite similar to the one of Chablis.

The next step was to survey the soils to establish different sectors where red and white cépages would be planted. Finally, in 2008, Lydia and Claude planted seven hectares of vines neighbouring a forest, where nothing had been cultivated for almost 150 years, and where they felt there is a rare energy. Situated on a limestone hillside with ideal exposure and natural drainage, in the village of Laroque-des-Arcs, they planted Malbec along with Sauvignon blanc, Mauzac, and Verdanel, cépages that were common in the region in the Middle Age. The fact, that the domaine is not within the Cahors appellation, gave the Bourguignons the freedom to plant a variety of cépages from Massal selection (Massal selection involves choosing a number of outstanding vines from a vineyard and then propagating new vines from that budwood), which they obtained from their vigneron friends, including Élian da Ros in Côtes du Marmandais and François Cotat in Sancerre (from whom Terroirs also imports wines).

Today, Laroque d’Antan is managed by Emmanuel Bourguignon, also a microbiologist, under the considerate and watchful eye of his parents. Embracing organic, and particularly biodynamic, practices, the soils are meticulously and manually farmed to avoid any strong impact so as to enable the roots of the vines to develop, and to dive into the interstices of the limestone rock.

Following the hand-picking of the grapes (when they are not picked by the birds), they are transported by the family’s donkey directly to the cellar. Emmanuel vinifies the wines in the most natural way with indigenous yeasts (naturally present on the grapes).

The wines of Laroque d’Antan exude an unparalleled purity. They express a 'feel good factor' that is quite uncommon and exceptional. They are alive, vibrant, generous, captivating, well-bred, and above all remarkable.

Lydia and Claude Bourguignon have considerable talents. Choosing to plant vines on an inexpensive plot of land was, for the couple, a message of hope to the young generation, manifesting that they have the power to resuscitate the countryside, and the deserted territories.