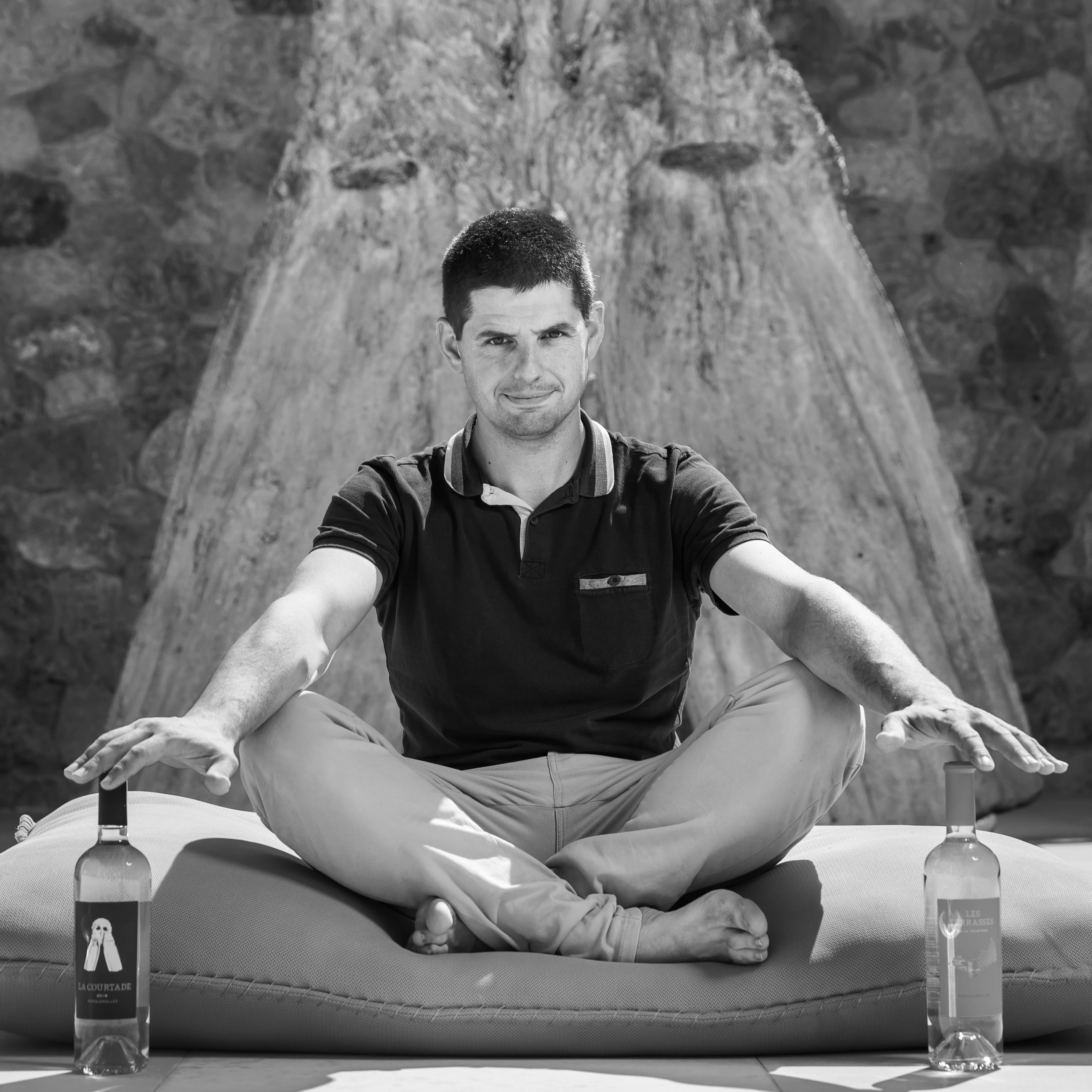 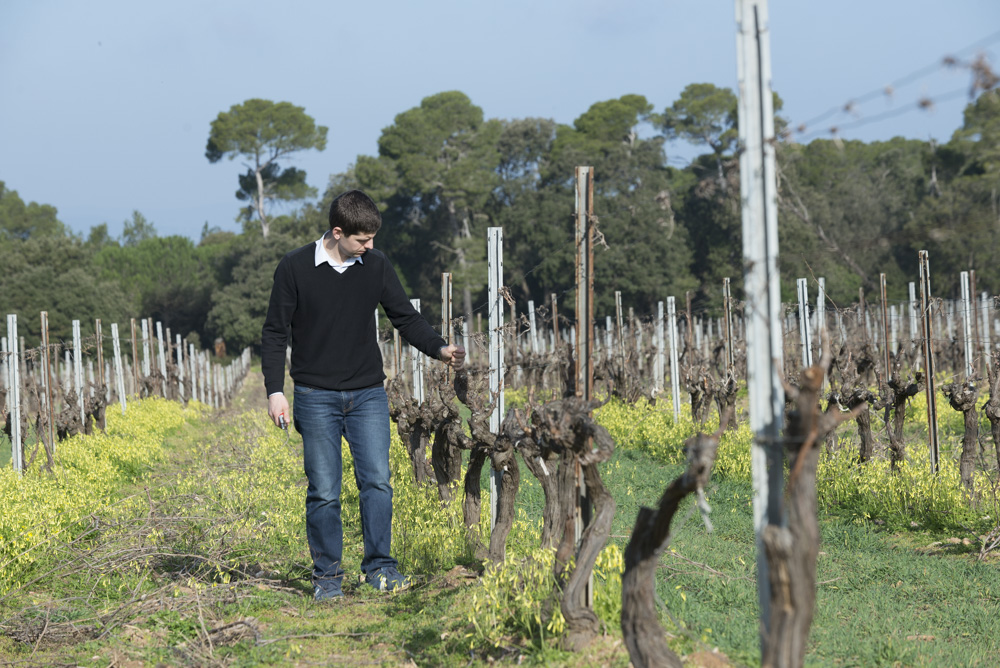 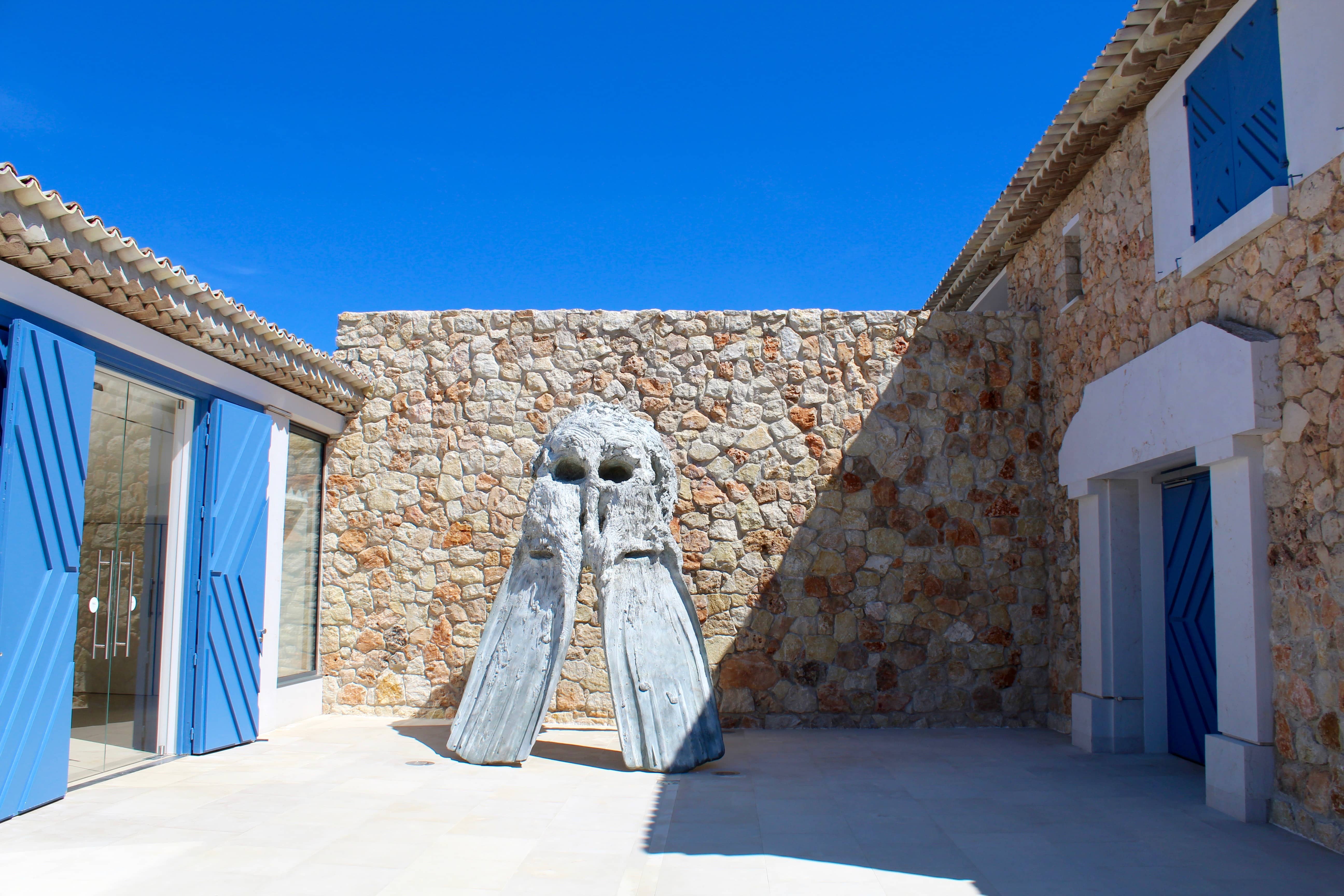 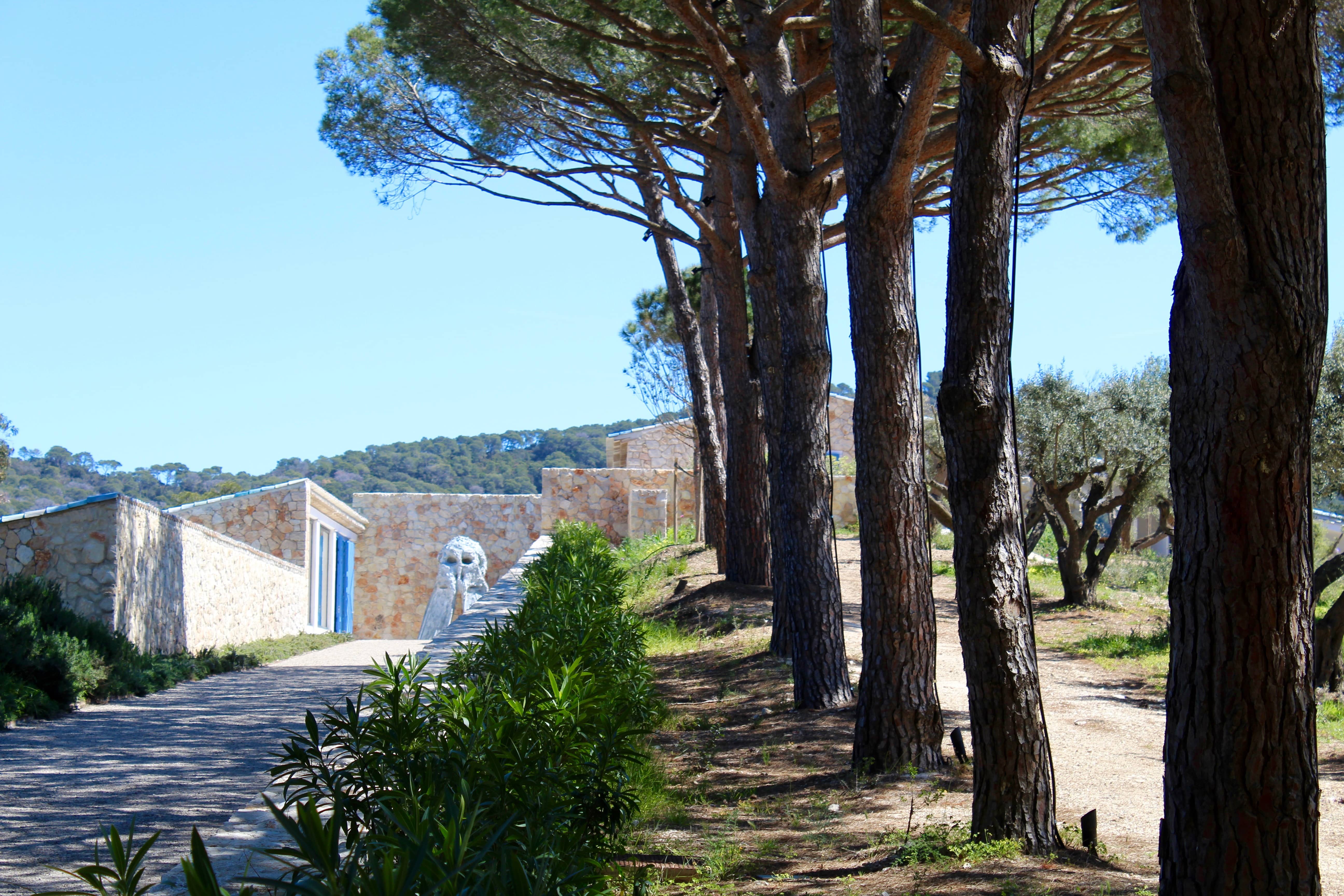 There is no need to fly continents to find a little corner of paradise. It takes only fifteen minutes by boat to reach the island of Porquerolles from the Giens peninsula. This protected and listed gem nestled in the Mediterranean Sea boasts several facets, including vineyards in the centre of the island, which were planted at the beginning of the 20th century in order to ensure protection from fires.

Domaine de La Courtade was founded in 1983 by architect Henri Vidal. He transformed the farmhouse into a villa and he planted vineyards. From the 1990s, he farmed organically, and he started to produce wine when at the time La Courtade was the only estate on the island.

Thirty years later, in 2013, French entrepreneur, Edouard Carmignac discovered the site and immediately fell in love with it while he was attending the wedding of Vidal’s daughter. Passionate about contemporary art and a keen collector, he imagined turning the estate into a place dedicated to the arts.

Also a wine enthusiast, Carmignac subsequently purchased the site of La Courtade. His priority was to preserve the 35 hectares of vineyards bordered by the Mediterranean Sea. As a true entrepreneur, he surrounded himself with the best talents. He kept the vineyard manager whom he calls ‘the memory’, and he appointed the young Florent Audibert as oenologist and estate manager.

Edouard Carmignac’s project unfolded and a 2,000 square meter gallery was built to showcase the vast collection of artworks from his Foundation. Villa Carmignac opened to visitors in June 2018.

Meanwhile, wine was still being produced at la Courtade, and Florent Audibert’s first vintage was released in 2016. Florent is forever happy to say that he ‘grew up’ at the illustrious Château de Pibarnon in Bandol (wines also imported by Terroirs), where his father was the legendary vineyard manager for almost 40 years. Between 2003 and 2010, he couldn’t wait to leave college every afternoon in order to meet his father. He would help him to tend the vines and assisted him with some cellar tasks, all of which were such invaluable experiences for Florent. After graduating from Agronomy and Oenology from Montpellier University, the bright young man worked for Moët & Chandon before joining the Institut Français de La Vigne et du Vin (an organisation that helps with research and development).

Today, Florent Audibert is in charge of the 35-hectare vineyard of La Courtade, which is often referred to as a mosaic. It is planted with a generous proportion of Mourvèdre, Rolle and Grenache, together with Syrah, Semillon and Cinsault, on the west side of the island which avails of a maritime climate, with warm days and cools nights.

The vineyard enjoys an exceptional terroir. The soil on the hillsides is composed of schist and clay that retains water whilst allowing the roots to spread deep to find nutriments. The vines thrive in this environment and produce grapes that are packed with juice. Harvest is conducted both mechanically and manually.

The constraints of producing wine in a natural park on such a protected and listed site on the coastline are major. Therefore, since arriving at the estate, Audibert has introduced biodynamic farming, harvesting and drying the wild herbs and preparing the concoctions that are used in the vineyard throughout the year.  As Florent explains “We’re on an island, we almost have to live in self-sufficiency”

The wines are all made at La Courtade, but with everything always more complicated on an island, small tanks are transported back to the continent, where the wine is bottled.

In a short time, Florent Audibert has refined the style of La Courtade’s wines while working hand-in-hand with nature. Although a high proportion of the total production is rosé, they are seriously elegant and harmonious wines. The whites and reds are beautifully crafted and as equally distinctive and even though there is plenty of sunshine in Porquerolles, these wines retain impressive freshness.