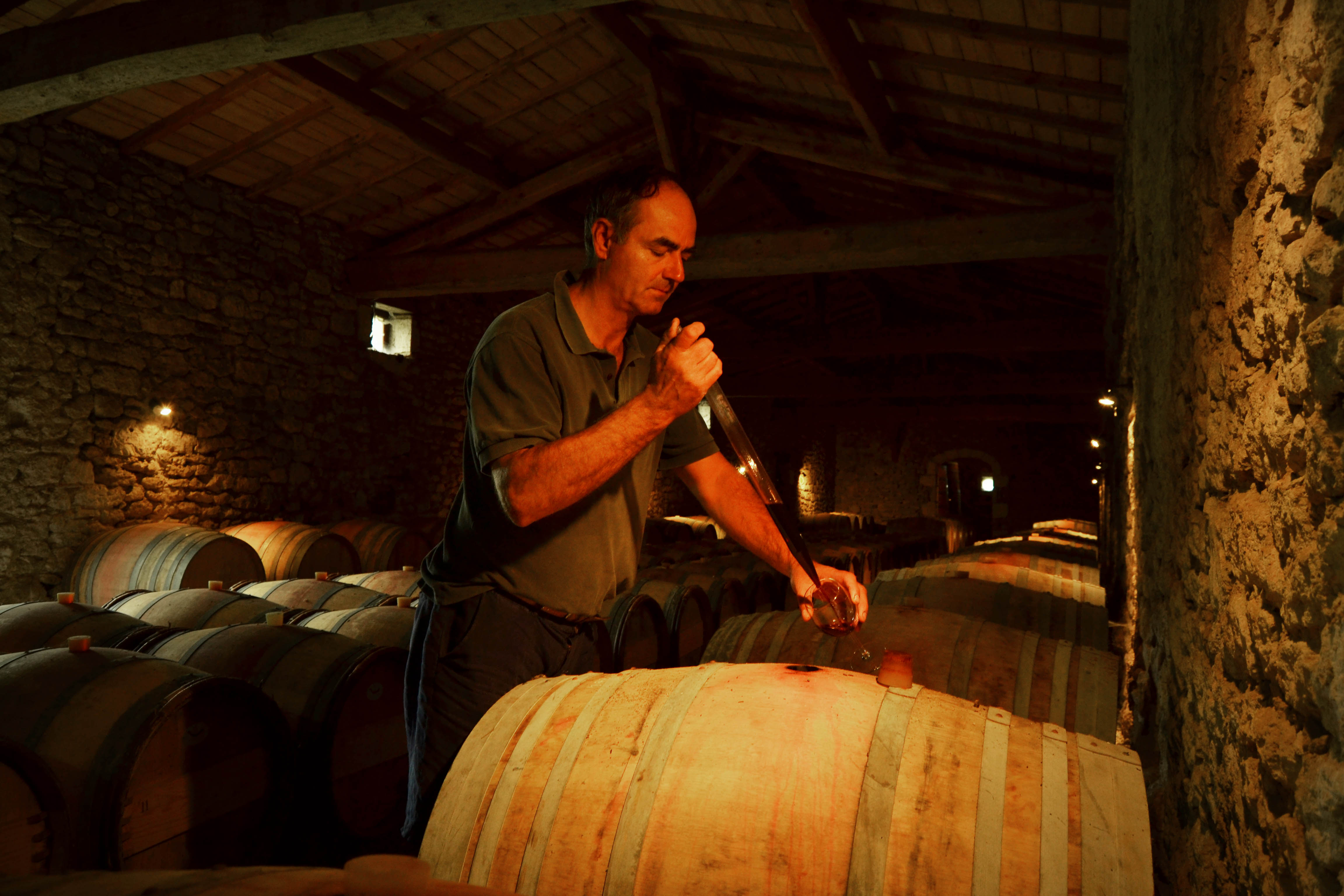 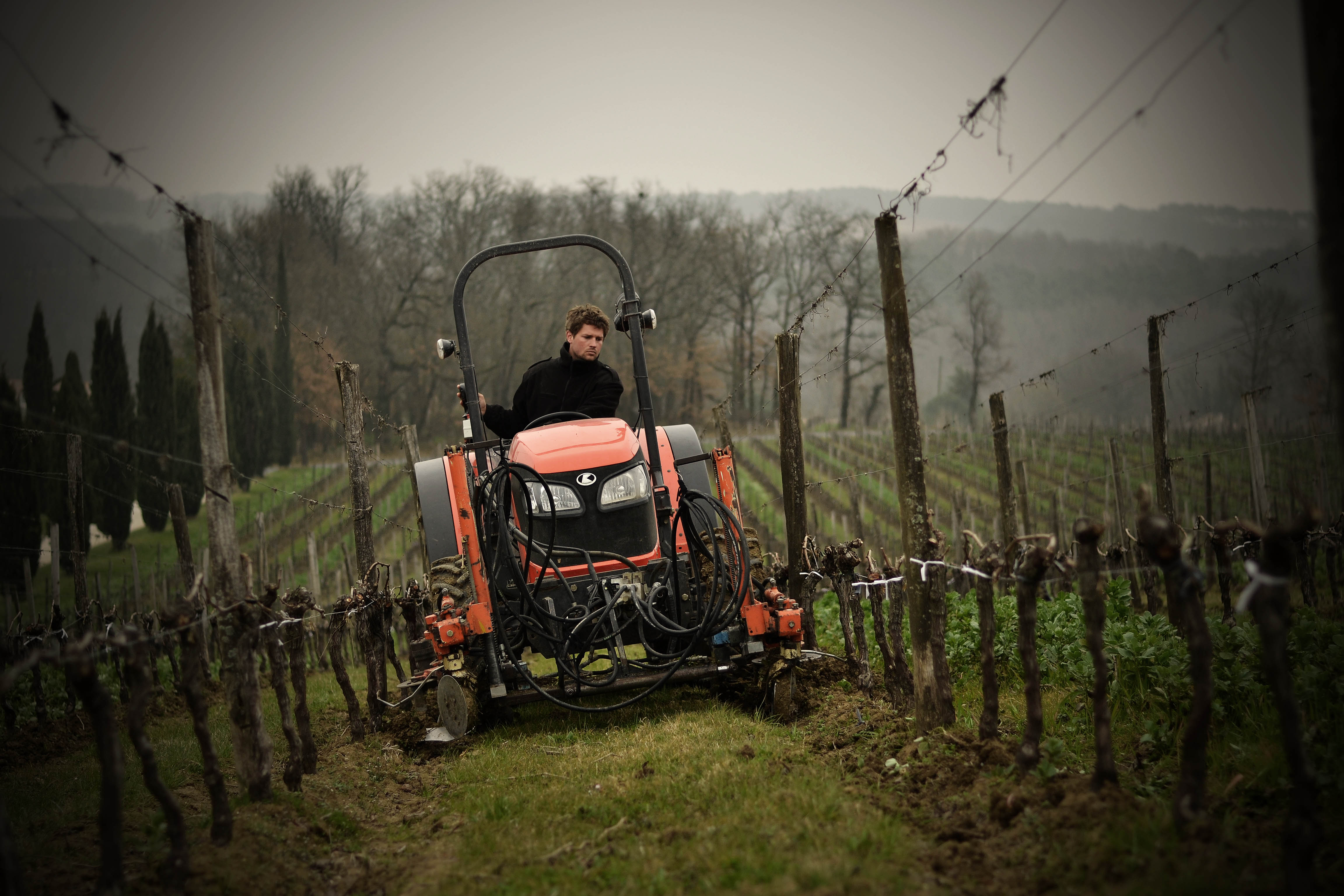 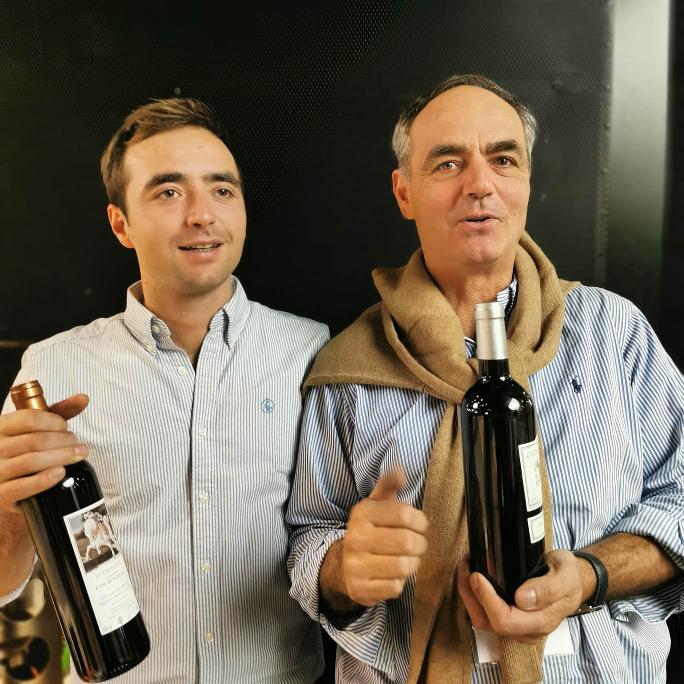 Surrounded by its four impressive towers and wide ditches, Château Couronneau dates back to the 15th century. It was built during the Hundred Year’s War. In 1530, it became the property of Jacques Cartier, the illustrious navigator who discovered Canada. The Cartier family lived in Château Couronneau for over three centuries and were buried there. In terms of wine, the recorded production of the estate dates back to 1620.

The magnificent property is located in the town of Ligueux, between Bordeaux and Bergerac, on the border of the Gironde and the Dordogne rivers, at an altitude of 175 meters. Enclosed, with 80 hectares of land, meadows, and forest, including 35 hectares of vineyards, Château Couronneau was acquired by the Piat family in 1994.

It took several years for Christophe Piat and his late wife, Bénédicte, to restructure the estate surrounded by a curved and swooping landscape, dotted around with Cupressus trees, giving the gardens an idyllic Tuscan-like style. At the time, the couple also embarked on organic farming, making Château Couronneau an experimental centre for certified organic wines, and they themselves were granted the certification in 1997. They made the revitalisation of Château Couronneau and vineyards their life’s work.

The majority of the Piat family vineyard is mainly planted with Merlot, along with smaller proportions of Cabernet Franc, Sauvignon Blanc, and Sauvignon Gris. The vines, deep rooted in clay-limestone soil, are tended with care and respect for the soils. Committed to improving the impact of farming on the environment, since the early 2000s the Piat family have been following a biodynamic approach and they received their certification in 2009. Harvest is partly mechanical and partly manual, and in the cellar the wines are crafted in the most delicate way, some benefitting from barrel ageing.

Today, Christophe Piat is delighted to work alongside his son Grégoire, and they make the wine their own way.

Grégoire was a building engineer, yet his heart was with Château Couronneau. The young man grew up on the property and, following years working for large building companies, he was inspired to come home and make wine. While still working, the courageous young man studied viticulture and oenology through an online course. During his spare time, he assisted his parents with the day-to-day tasks in the vineyards, and in the cellar. In February 2019, Grégoire quit his job as an engineer and he settled at Château Couronneau, a dream come true.

Today, together with his father, they craft reds that are well-constituted, rich, and showing lots of depth and concentration. As for the whites, they are rich and full with aromatic complexity.

Christophe and Grégoire produce wines that are aromatically vibrant and stylistically balanced. This is a fine family estate, whose wines are well-worth seeking out.