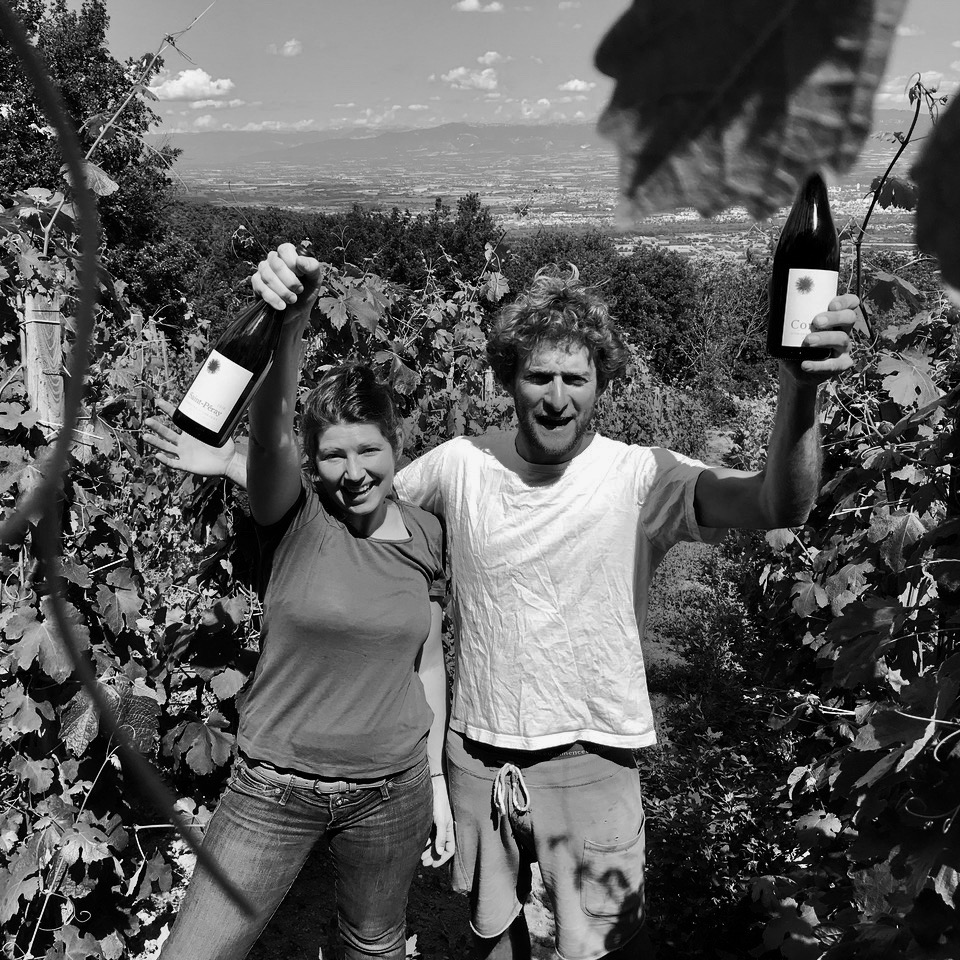 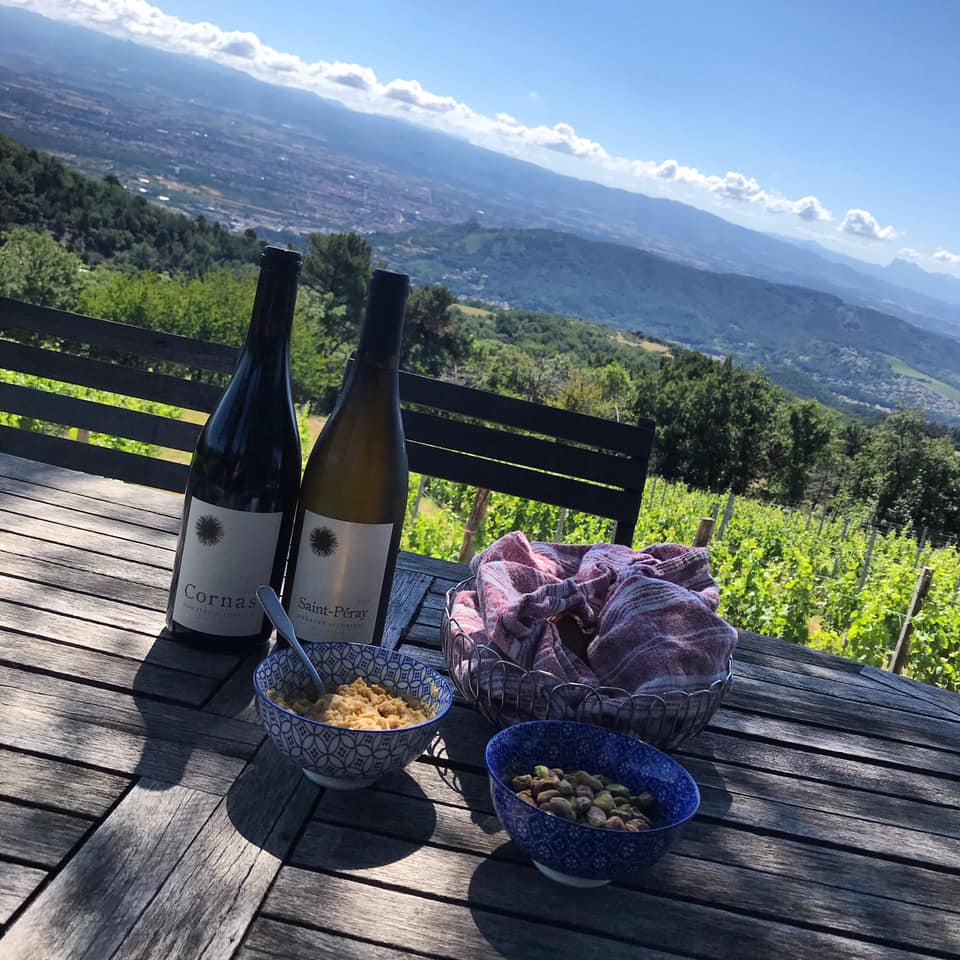 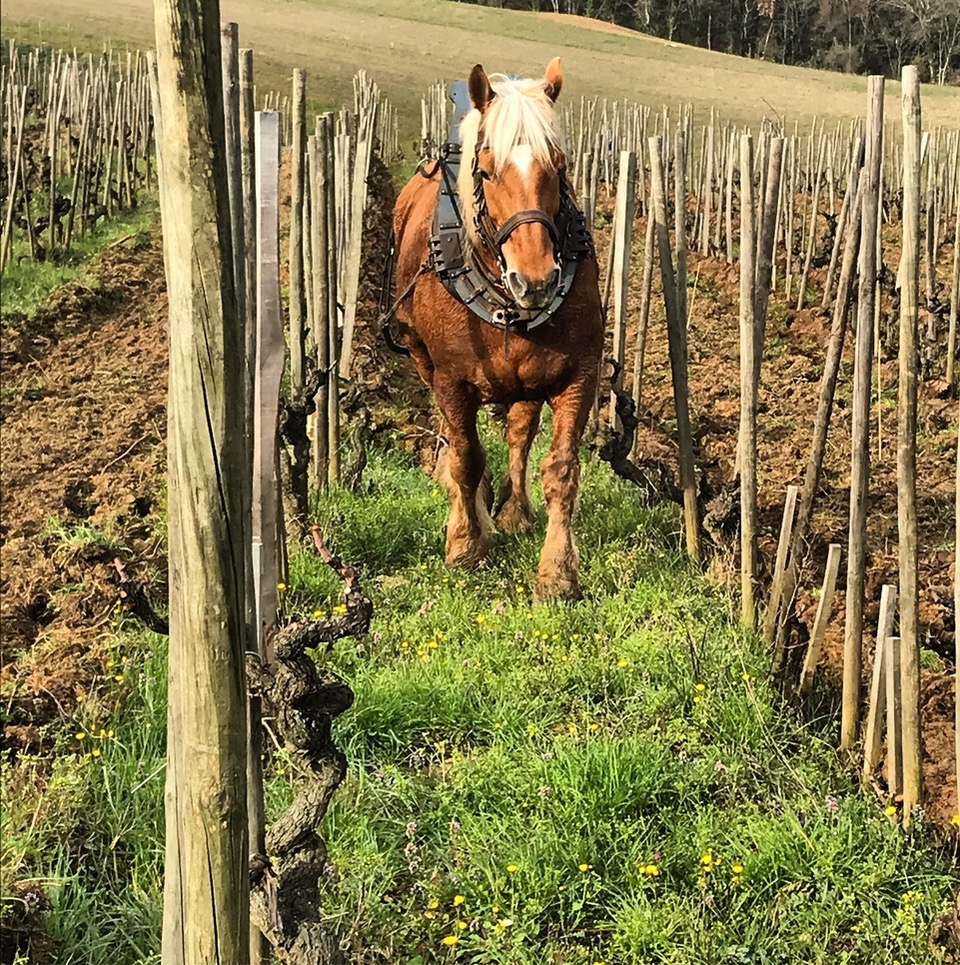 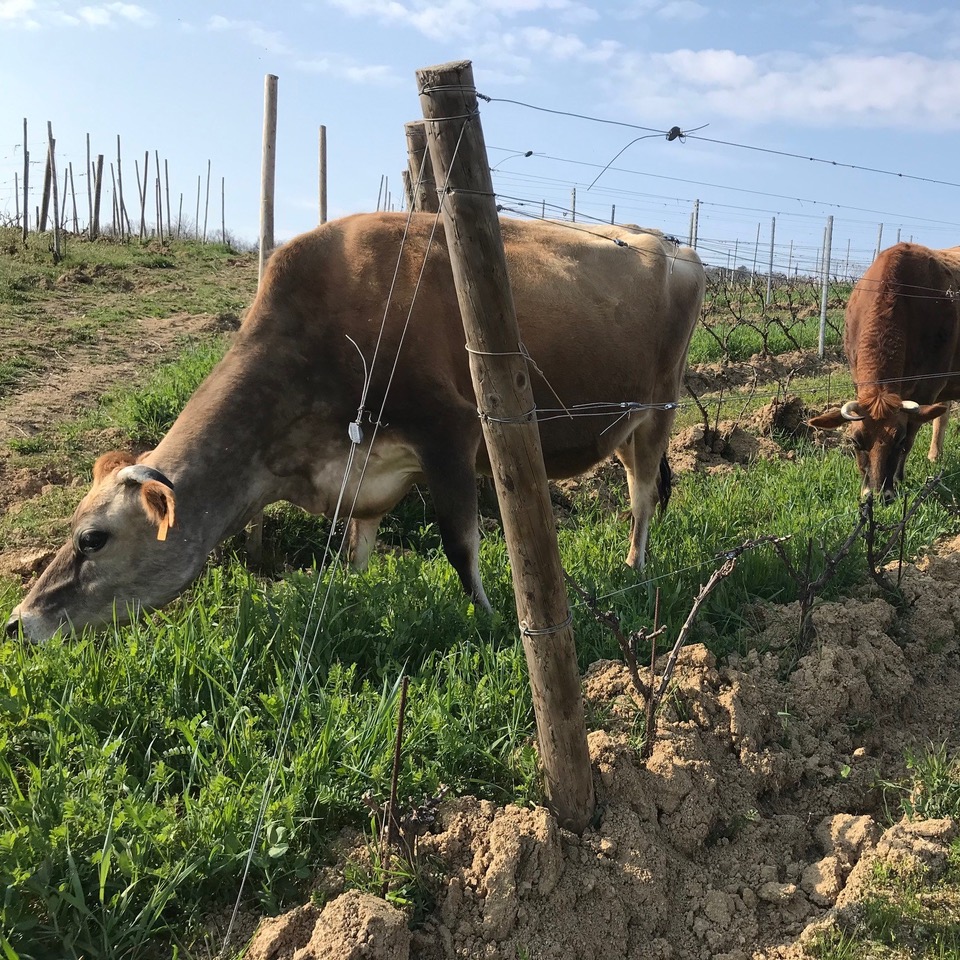 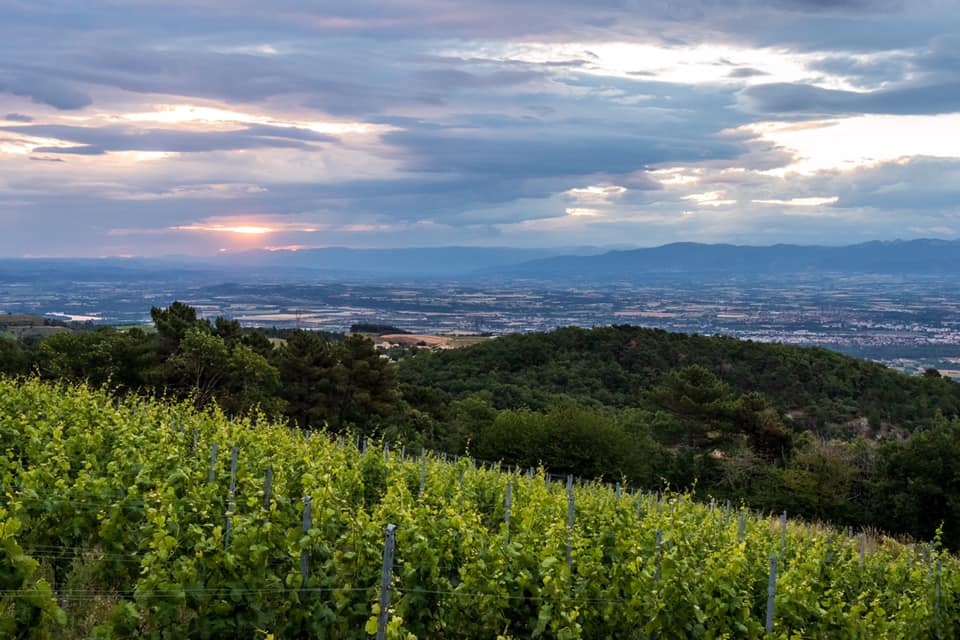 A bottle of Cornas almost secretly poured by Dimitri Roulleau before a tasting ignited our strong interest for the wines of Domaine de Lorient.

“Our vineyard is our garden” this is how Laure Colombo and Dimitri Roulleau describe their ‘Ferme Vigneronne’, or wine farm, located a stone’s throw away from Valence in the heart of the AOC Saint-Péray.

Six beehives, two cows, a dozen hens, a flock of sheep, a ram, two pigs, a dog, two guest rooms, a cat … that’s what life is all about at Domaine de Lorient.

But above all, Laure and Dimitri are vignerons whose desire is to be as independent as possible. Their lifestyle is centred around the products of their land and their animals, but in spite of everything, their aspiration is to produce wines from Saint-Péray, Cornas and Saint-Joseph.

For Laure and Dimitri, ‘wine is not all about terroir but rather life in the vineyards’. The couple is very fortunate to live right in the heart of their 18-hectare estate, which they purchased in 2014, although in great need of restoration.

Laure and Dimitri’s first priority was to plant 4 hectares of vineyard in different plots, each surrounded by forest and hedges. It was a hazardous choice and they quickly realised that they needed help, which they got from their sheep who became ‘gardeners’. They are also very protective of their beehives. They provide them with meadows in the middle of their vines to help them survive.

Endlessly thinking of the evolution of the biodiversity on their domaine, while listening to what mother nature has to say, and observing, Laure and Dimitri still have a lot to learn. Yet, they are eager to adapt their  work every day, while embracing an unshakeable respect for biodiversity.

Since they settled on the estate, the couple has planted almost 2000 forest trees, fruit trees and hedges. They are bringing life back into the vineyard, where they have also built boxes for nesting birds.

Domaine de Lorient’s Roussanne and Marsanne vines are planted on the hillsides of Saint-Péray at an altitude reaching 500m around the family house, with an unspoilt view of the Rhône Valley and the Vercors. The vineyard in Cornas planted with Syrah at an altitude of 300m. In Saint Joseph, their vines are exclusively tendered by hand, an enduring physical work.

Laure and Dimitri know a thing or two about making wine. Laure is the daughter of Marseille-born famous oenologist, Jean-Luc Colombo, who is known to have upset traditionalists when he first arrived in the village of Cornas. Her youth was spent at the family estate and she went to school in the village of Saint-Péray. After studying winemaking, she honed her experience at different domaines, including a year at Château Haut Brion, and a year at Moët & Chandon, followed by a year in India at Grover Zampa Vineyards.

Dimitri, a Parisian, is a photographer by profession.  ‘He came over to my parents (Colombo) to work during the harvest and he never left!’  says Laure.

And what about their eye-catching logo on the labels?

Dimitri’s mother is Greek, and his parents leave in Corfu. While visiting them, the young lovers went fishing for sea urchins. The catch was successful, and the sea urchin has become the symbol of their common project: Domaine de Lorient.

Their focus is to integrate agriculture with viticulture. First and foremost, Laure and Dimitri are farmers. They are riding the crest of a new wave, with strong convictions and beliefs. It shows in their sublime wines - alas in small quantities - which they craft in their ‘eco-cocoon’ of Saint-Péray.