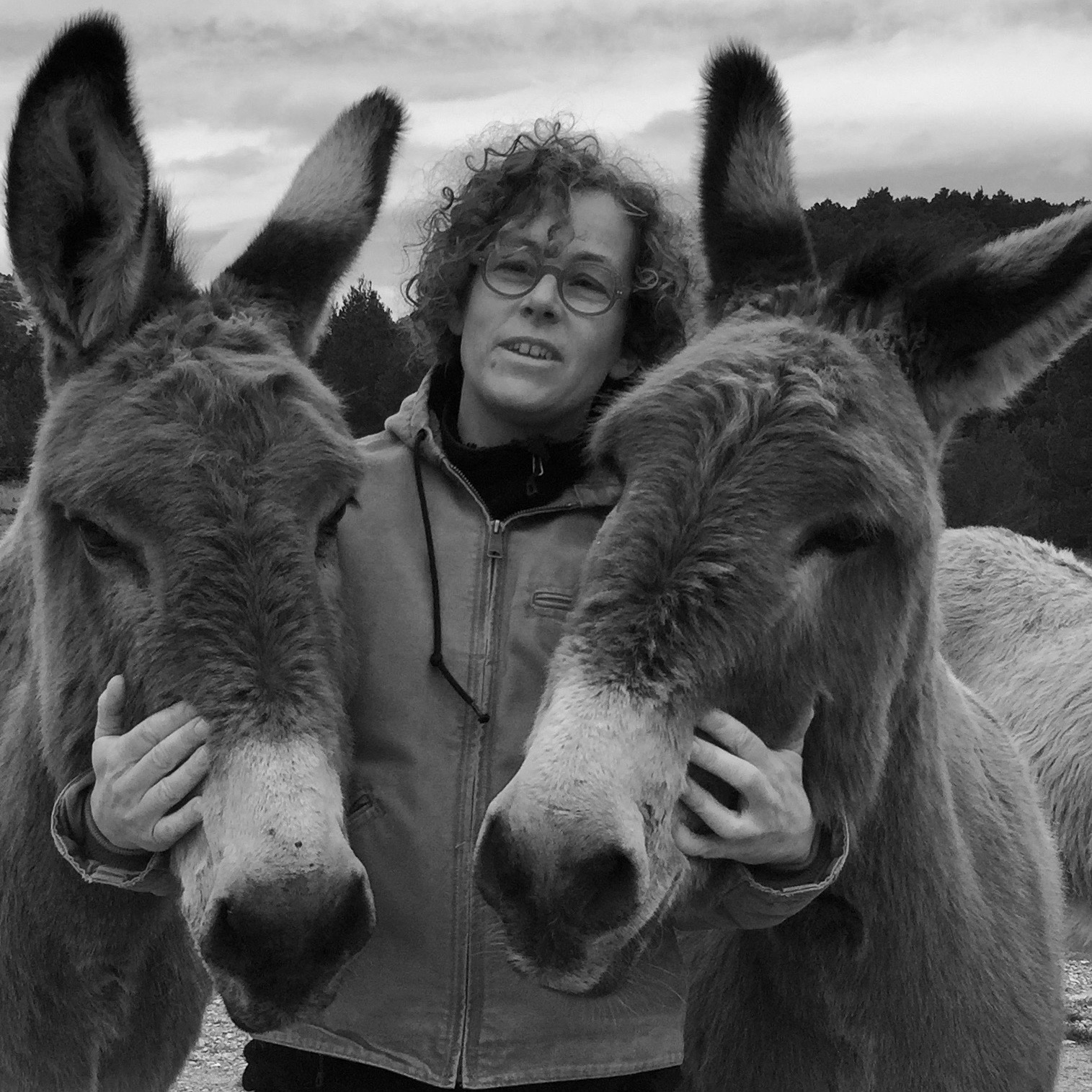 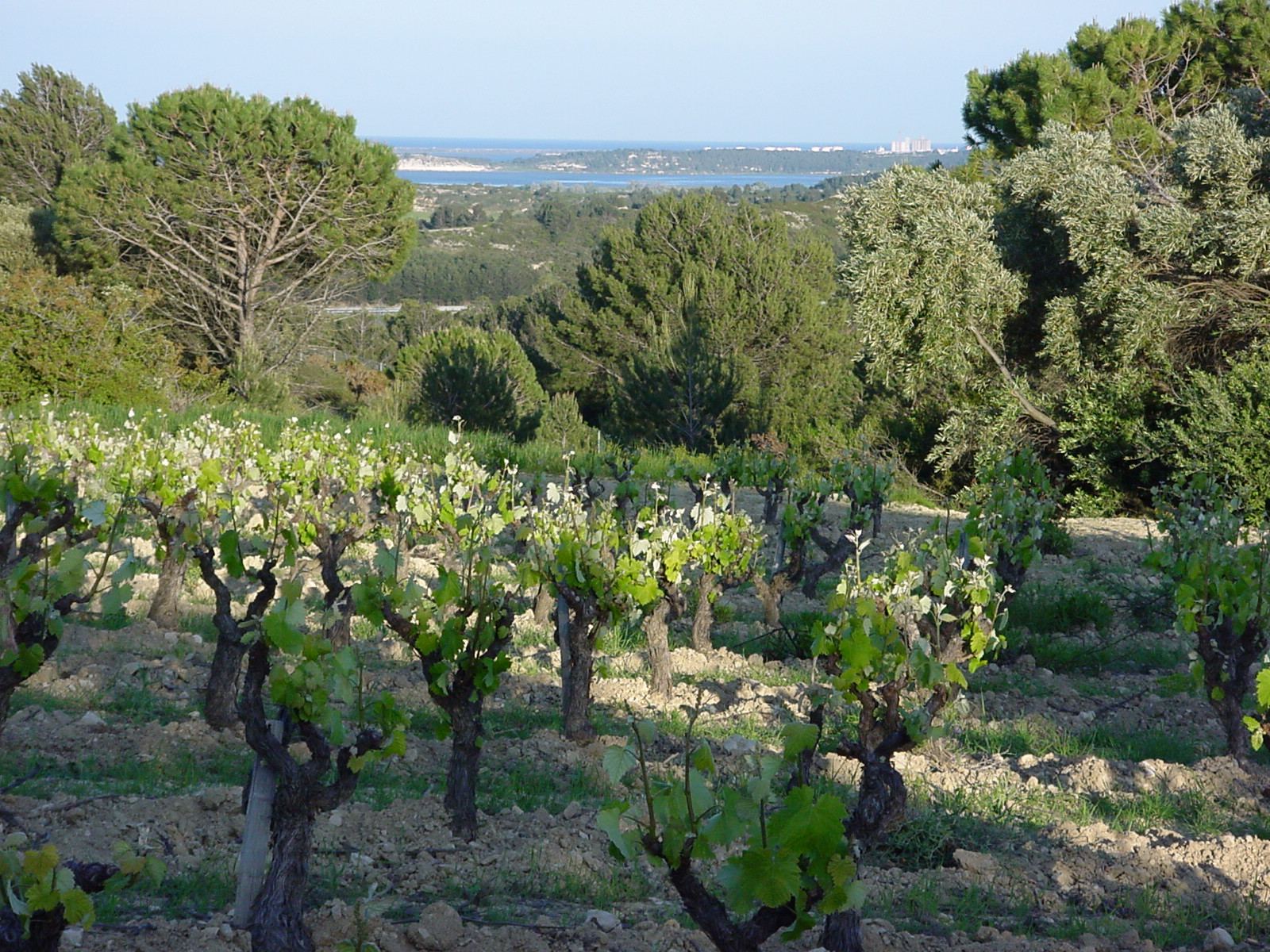 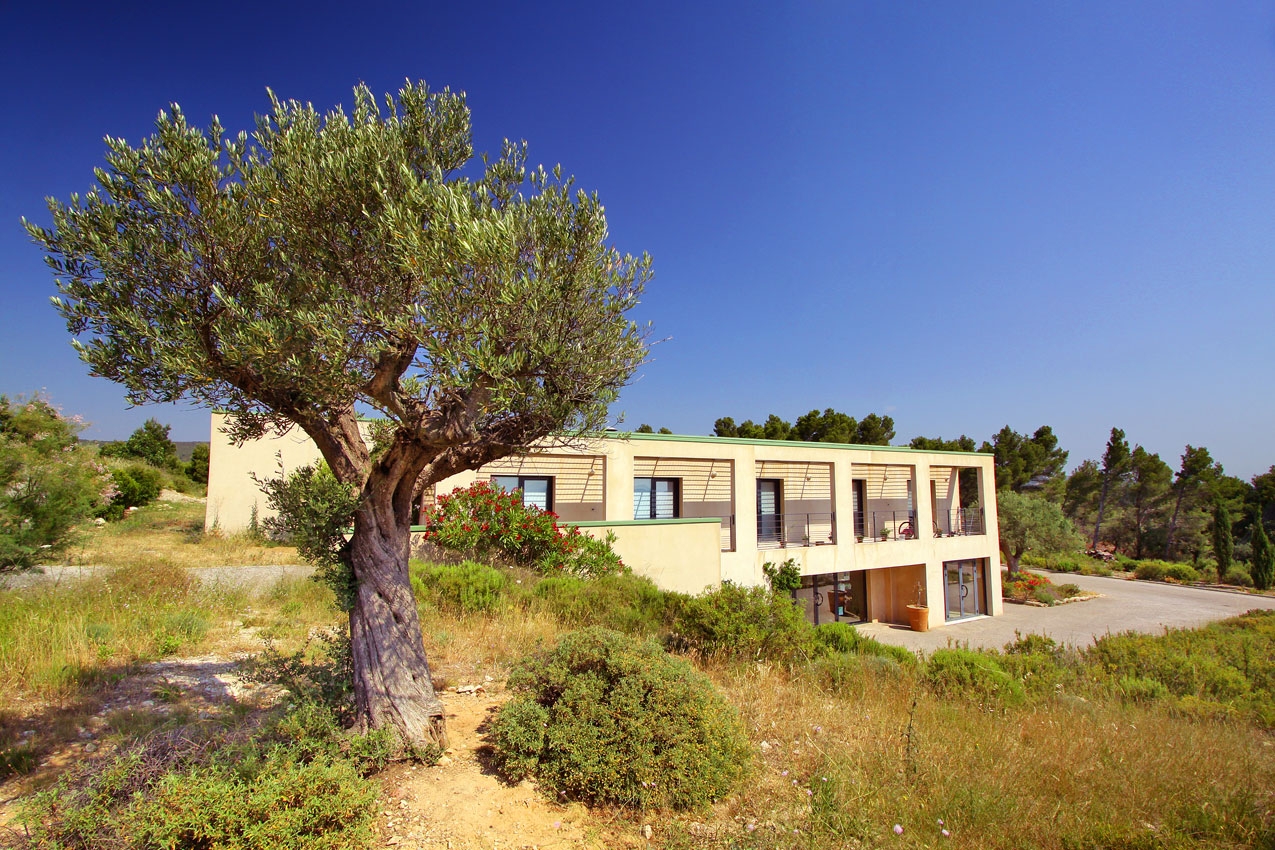 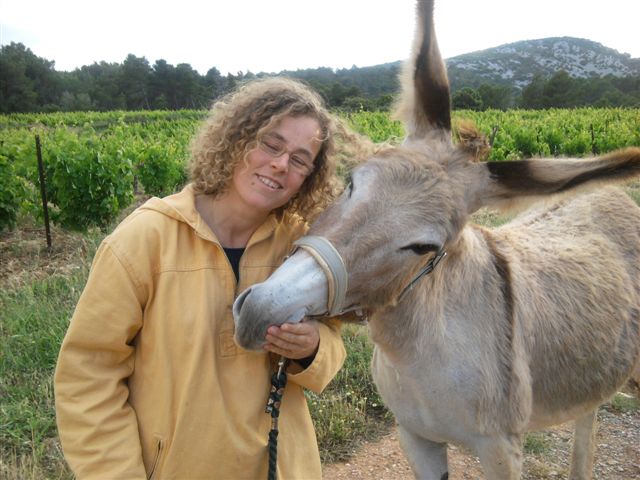 Domaine des 2 Ânes consists of 20 hectares of vines, in amongst a holding of 60 hectares, surrounded by garrigue and pines. It is situated in the village of Peyriac sur Mer, a few minutes south of Narbonne in the maritime plain of Corbières, at an altitude of 120 meters, with breathtaking views over the Mediterranean.

From Beaujolais, Magali Terrier was an architecture student, who always had a great interest in wine. She worked in diverse wine regions throughout France and in 1999, she travelled to the Languedoc. There, among the domaines she visited, Domaine Daumas Gassac and Domaine d’Aupilhac left an imprint. Right away, she was seduced by the Languedoc, and she soon realised the potential of the region, where she could work according to her deeply held convictions.

Magali moved south on the 1st of January 2000, soon setting up her estate, Les 2 Ânes, with a fine purpose-built cellar and her two donkeys. She now has a few more donkeys, who wonder around the vines, grazing the garrigue and the herbs, and in the winter a herd of sheep acts as a ‘cleaner’ on the estate. From the start, Magali has been committed to an organic approach, and the vineyards, which are mostly planted with Carignan along with Grenache, Mourvèdre, and Syrah, are certified biodynamic since 2010.

A nonconformist, Magali is in perfect symbiosis with her natural environment. She is very observant, attentive, intuitive, and she acts with common sense. The vineyard work is entirely manual, with from time to time the help of the donkeys, who are quicker at pruning the vines.

Harvest often stretches over several weeks. A small team of pickers paces up and down the row of vines, selecting the grapes to ensure a ripeness of flavour that Magali preserves through to the final wine.

In the cellar, the winemaking process is very soft and gentle, excluding any additives, and adding minimum amounts of sulfites.

Fittingly, the label features two donkeys, and inside the bottles the wines are soft, silky, and suave. They feel neither tiresomely heavy nor too alcoholic.