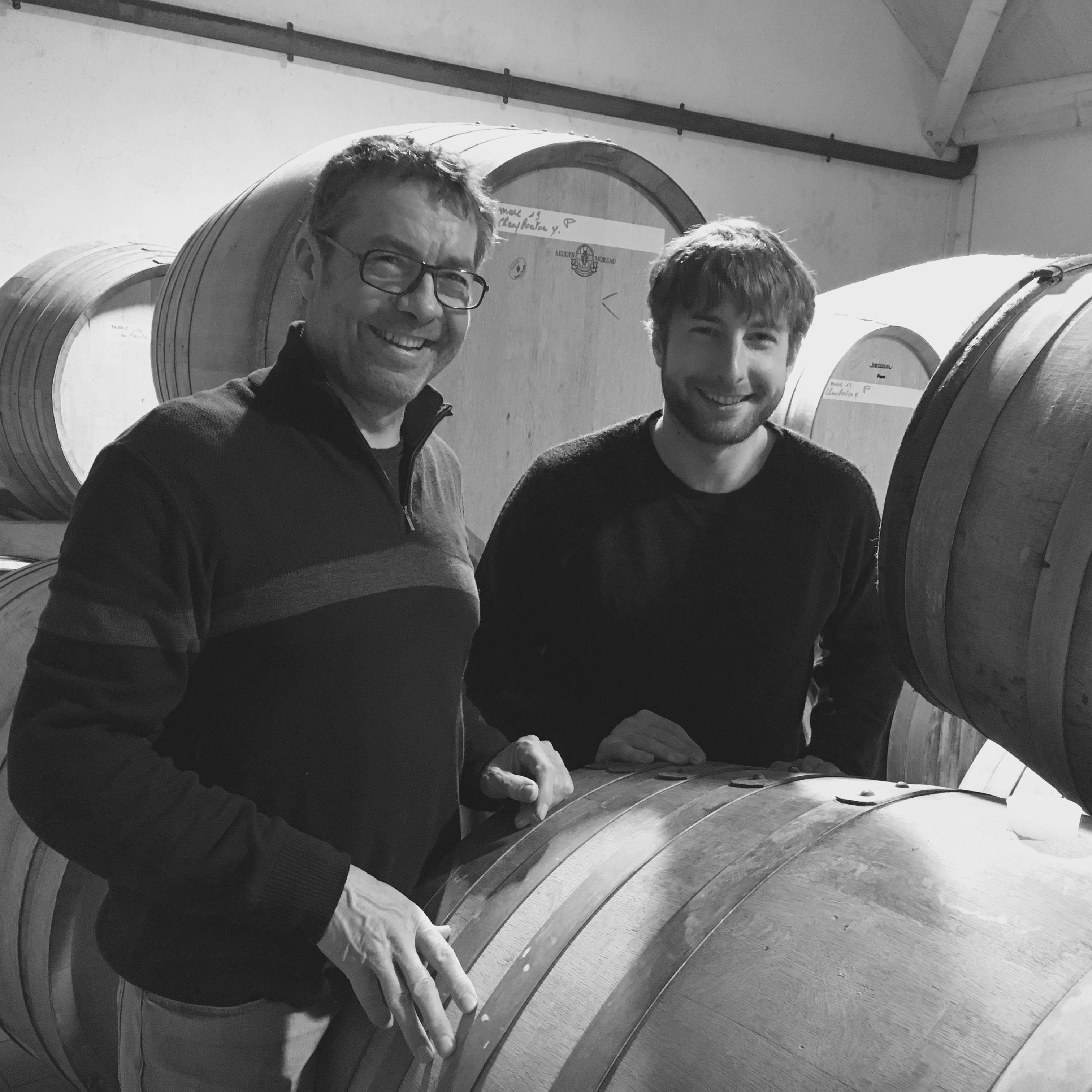 It was in a Japanese restaurant on a coastal village of Brittany that we came across Champagne Agrapart. We were offered a glass of their ‘7 Crus’ and immediately we were enthralled by the energy, and the purity of the wine. It then required a couple of years of patience to finally receive our first small allocation of bottles in 2016.

The champagne house of Agrapart is regarded as one of the finest grower’s estates in the Côte des Blancs. Located in the village of Avize, the estate was established in 1894 by Arthur Agrapart. In the 1980s, Pascal Agrapart followed in the footsteps of his parents and he is now the fourth generation running the domaine, alongside his wife Nathalie and his son Ambroise.

Pascal studied viticulture and oenology at the Lycée Viticole in Avize just down the road from his home, and in 1981, at the tender age of 20, he was ‘back home’.

At the time, his parents and grandparents also reared farm animals, and grew other crops in addition to their vineyards, and their typical farming practices were very natural. They weren’t convinced by the use of chemicals to maintain their healthy vineyards. Rather, they worked their soils manually.

While studying, Pascal acquired a tiny plot of vines in his village. It had been cultivated conventionally, using synthetic products like herbicides and chemical fertilisers, but he farmed it organically. After a couple of years, he decided to make wine separately from this vineyard, and he compared it with the wines produced from the family estate. He concluded that the wine was lacking in precision, freshness and finesse. This exercise revealed that the careful cultivation of the soils is vital and has a positive impact on the quality of the wines.

By 1985, Pascal was in charge of the family estate. Alongside his father Pierre, he started a systematic farming of the soils in order to oxygenate them. In other words, he brought the soils alive again using his homemade compost and working the vineyards with the invaluable assistance of horses.

Always searching and questioning, Agrapart also studied the geology of his 12-hectare vineyard, primarily planted with Chardonnay, along with a morsel of Pinot Noir, and made up of more than 70 small plots, scattered in a small perimeter on the Grand Cru Avize (9 hectares) as well as the communes of Cramant, Oger, Bergères, and Oiry.

From all this groundwork, he came to the conclusion that the pressing of his grapes, and thereafter his vins clairs (still wines, which have not gone through the second fermentation in bottle), would be organised according to the type of soils. Very rational, soft-spoken, and clearly confident, he explains that the quality of his wines comes from the terroir, and from the scrupulous cultivation of the soils. With an average age of 50 years, the vines are deep-rooted and for that reason they need special attention. These thriving roots draw minerality from the soils, which is entirely expressed in Agrapart’s Champagnes.

Harvest is conducted manually and during vinification, the Agrapart family’s only objective is to preserve the energy and vibrancy in the wines. For the vast majority the still wines are aged in large oak vats and barrels. These barrels have seen at least five wines and come from prestigious estates such as Domaine Didier Dagueneau in the Loire, and Domaine Charlopin in Burgundy. The ageing process is followed by a very long time in bottle, up to 60 months or even more. Dosage (the addition of sugar) is as neutral as possible.

Ambroise, Nathalie and Pascal’s oldest son joined the domaine in 2016 following a degree in oenology from Dijon university and after honing his experience at reputed domaines such as, Maxime Graillot in the Rhône, and Étienne de Montille in Burgundy. With both feet firmly on the ground, he is bright, unpretentious and deeply in love with his terroir, Ambroise is an exceedingly talented young winemaker, and with whom we had the privilege to meet and taste wines. An advocate of hand-riddling, together with his father, a humble and warm individual and a perfectionist with an irresistible smile, they produce singular wines, while respecting their land handed down by their ancestors.

As a result of the family’s meticulous, sustained, and needlework-like tasks in the vineyards as well as in the cellar, the Champagnes of Agrapart are incredibly beautiful, sensual, and superbly chiseled like the finest diamonds. They are among the most well-respected wines produced in Champagne. Buyers around the world clamour for stocks, and those lucky enough to succeed know that they have precious bottles on their hands.