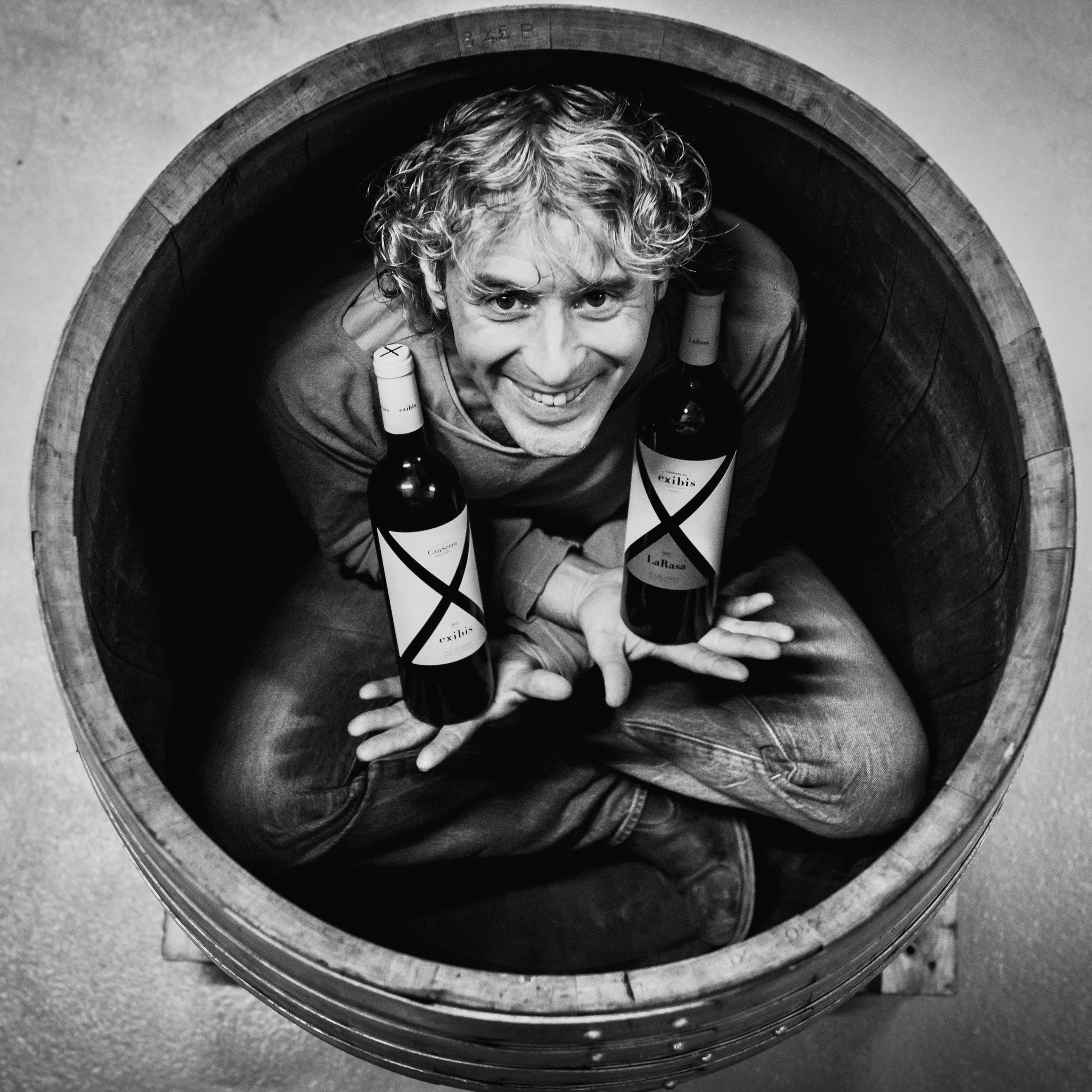 Joan Soler is one of Catalonia’s most gifted winemakers and he epitomizes the explosion of young talents revitalising this ancient and fast-evolving wine region located in the foothills of Montserrat, and which retains an almost mystical place in Catalonian history.

Joan Soler grew up in a farming environment and he always helped his parents with the various tasks in the fields, which were such invaluable experiences for him. Eager to expand his knowledge, Joan instinctively studied agronomy before he specialised in viticulture and oenology.

After graduating, Soler joined Abadal winery in Pla de Bages for several years. He is recognised by Abadal’s founder, Valentí Roqueta, as the young dynamic winemaker responsible for the success of this ancient estate. In 2007, he subsequently assisted Ramon Roqueta Sigalés with the setting up of Lafou Celler.

The ever-energetic young man got itchy feet, a thirst for independence, and a yearning to produce his own wine. After this good formative time, he stepped out on his own, rented some vineyards, and started to make his own wines, while also working as a consulting winemaker, putting his exacting stamp on various Catalonian wineries.

Joan Soler is captivated by the personality of his native Pla de Bages, a region rooted in the tradition of wine production. Pla de Bages is a rather obscure wine growing area, around Manresa, in the heart of Catalonia, an hour or so Northwest of Barcelona, where the summers are horrendously torrid, and the winters are freezing. Although wine production dates back to the 16th century, and it developed in the 18th century when ceramic wine vats, known as Tines, were built with stone roofs covered in earth. In 1820, the region counted 22,000 hectares of vines, but in 1889, when Phylloxera reached Catalonia, the production of wine had ceased. Soon, the remote vineyard sites of Pla de Bages became lost in a sea of wild forests, hiding the dry stone walls and wine vats. From 1989, when less than 500 hectares of vines were left, the surviving wineries fought to preserve their wine heritage and increased the plantations of local grape varieties. Eventually, Pla de Bages gained its Denominción de Origen (DO) status in 1995, and since 2015, Joan Soler has been the head of the DO.

Soler is an activist and an idealist, who has given a vision to Pla de Bages. He values the indigenous and nearly extinct grape varieties, such as Mandó and Sumoll, and he leads research ensuring the rehabilitation of vineyards and wineries. He is actually convinced that in the next three decades, Pla de Bages will be a reservoir of indigenous grape varieties.

In the eyes of this accomplished winemaker, vineyard management is the base of everything, and he has always applied organic principles, also leaning towards biodynamics. He insists on ensuring the health of the soil and the vines, some as old as 80 years. Soler has a wide knowledge about grape varieties and their acclimatisation to the different zones (some reaching 1000 meters) and climates. His various holdings are located in Pla de Bages (Exibis), in addition to Penedés (Clos d’Estima) and Costers del Segre (Pura Vida). The small plots are surrounded by forests, hedges, and fruit trees. The wildlife, so necessary for biodiversity and for the vineyards’ health, flourishes in full harmony with its environment.

The grapes are hand picked stage by stage in the different regions and the wines are made at separate locations. Joan Soler is always in pursuit of the best expression of his terroirs, and he is a firm believer that the quality of a wine is different year after year, neither better nor worse, but with its own identity.

There’s outstanding complexity and intensity in Joan’s wines, as he knows how to coax pristine flavours from his grapes. With their elegant frame and finesse, these wines are the genuine reflection of their origin.

With his curly blond hair, his piercing brown eyes, and his singing Catalan accent, Joan Soler is unstoppable. He is incredibly talkative, and his passion is undeniably communicative. Together with his winemaker pals, he has given a new lease of life to a region with a rich wine legacy. Wine columnist, the late Tomàs Clancy of the Business Post said of Joan ‘Soler is the rock star of Catalonia’. He was right.