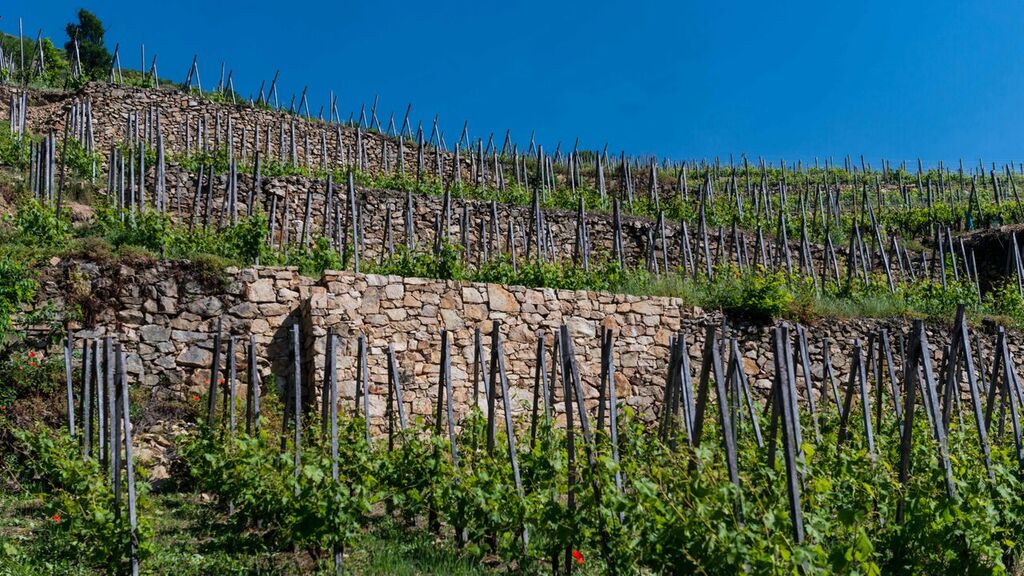 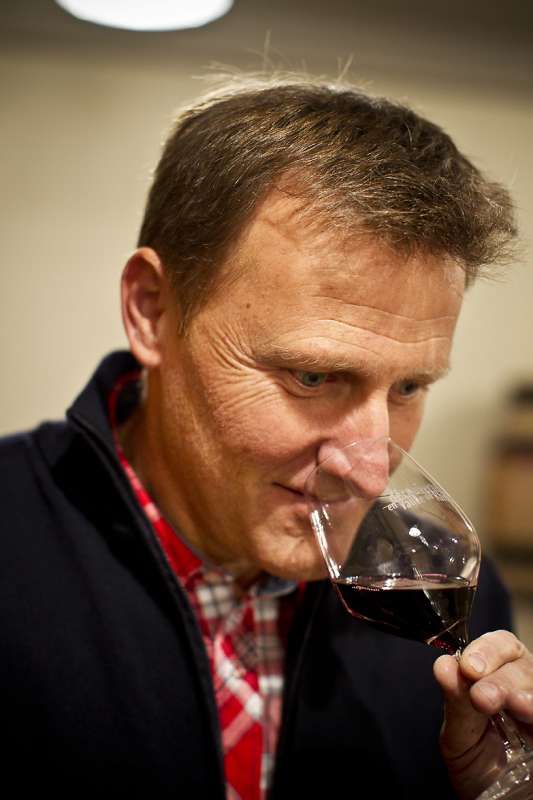 With roots both in France and in Spain, Pierre-Jean Villa grew up in the village of Chavanay in the Northern Rhône Valley, a stone’s throw away from the world renowned village of Condrieu. But his parents and grandparents farmed land, despite the fact that they never owned vineyards.

Following his business studies in London, the young blue-eyed man was curious and eager to learn more about viticulture and wine. He embarked on a succession of experiences in the French vineyards, including grape picking, numerous tastings, and multiple trips to the various wine regions in the company of his winemaker friends.

1992 was the year when it all began for Villa. He first went to work in Morey-Saint-Denis for the reputable Mommessin’s Clos de Tart where he was in charge of the commercial aspect. It then led him to Beaujolais for a spell, before returning to Burgundy, where, for three years, he managed Domaine de la Vougeraie in Côte de Nuits.

After this good formative time, Pierre-Jean came back to his native Northern Rhône region in 2003, and he was soon approached by eminent producers Yves Cuilleron, Pierre Gaillard, and François Villard to restore some abandoned vineyards, and also to create a négociant business.

With his thirst for independence, his strong convictions, and his savoir-faire, from cultivating the land to tending the vines, and from winemaking to selling the wine, Pierre-Jean Villa had a well-grounded knowledge base, and he chose to step out on his own after acquiring one hectare in Saint-Joseph. Without the benefit of any inheritance, or indeed any backing, it required creativity, ingenuity, and bravery for the young man to establish his own Domaine Pierre-Jean Villa, in 2009.

Pierre-Jean Villa was very familiar with the Northern Rhône’s moisaïc of vineyards and its many a terrace, as well as its countless faces, and he was invited to make his first wine in the cellar of Jean-Michel Gerin, his friend in Ampuis. Progressively, Villa restored a cellar in his own native village of Chavanay.

Today, Domaine Pierre-Jean Villa comprises 17 hectares of vineyards scattered over 50 kilometres on the left and right bank of the Rhône river, including the appellations of Côte-Rôtie, Condrieu, Saint Joseph, Crozes-Hermitage, along with Côteaux de Seyssuel.

Villa believes that the quality of his wines is intimately linked to the soils of his vineyards. His tiny parcels are spread over different altitudes, on various inclinations, sometimes with near-to-impossible access, and most importantly, on a diversity of terroirs. Very attentive and observant, he pampers his vines, some as old as 60 years, feeling very fortunate to be in a position to farm such vineyards. With strong ethics for the respect of the environment, he cultivates the vineyards organically, and he is gradually adopting biodynamic farming. Simultaneously, Pierre-Jean is working closely with biologists and scientists with a view to restoring the biodiversity in the vineyards, by way of plantations of various tree species including almond, peach, pear, and apple trees, along with endemic plants.

In the cellar, Pierre-Jean lets the hallmarks of his terroirs be expressed in the wines. He is very painstaking, although he calls himself a non-interventionist and, depending on the wines, the ageing in large oaks vats can spread over twelve months. Bottling is thoroughly ensured following the lunar calendar.

As one can conclude, Pierre-Jean Villa is a grafter and the bigger the challenge is, the happier he seems to be.

In a few years, he will be surrounded by his children Hugo and Pauline, who in turn, will bring their skills and add a spark of energy to this magnificent estate.

Hugo, whom we’ve met while he was working for a stint at Domaine du Pas de l’Escalette in Terrasses du Larzac, is a tremendously conscientious young man, absorbed by the world of viticulture and wine. Following a diploma in viticulture and oenology in Beaune, he graduated from Montpellier university, where he focused on environmental issues related to vineyards. As for Pauline, she graduated with a Master’s degree in Wine and Spirits from Burgundy School of Business in Dijon. Both will be travelling the world for a few years, gaining experience in the wine world before returning home.

Villa’s father was a soccer player who came from Spain in the early 1960s, and who also managed the Rhône Alpes league. Pierre-Jean wasn’t as talented as his father and so, he took a different direction. Today, without any doubt, Pierre-Jean is one of the greatest dribblers Rhône Valley team of wine producers. His wines are racing in the same peloton as the celebrated wines of the Rhône. They are simply magnificent, with a seductive charm. The precision, the finesse, the great freshness, and the expression of terroir are all gathered in the glass. Buyers not only in France, but around the world, clamour for stocks, and those lucky enough to succeed know that they have prized bottles on their hands.