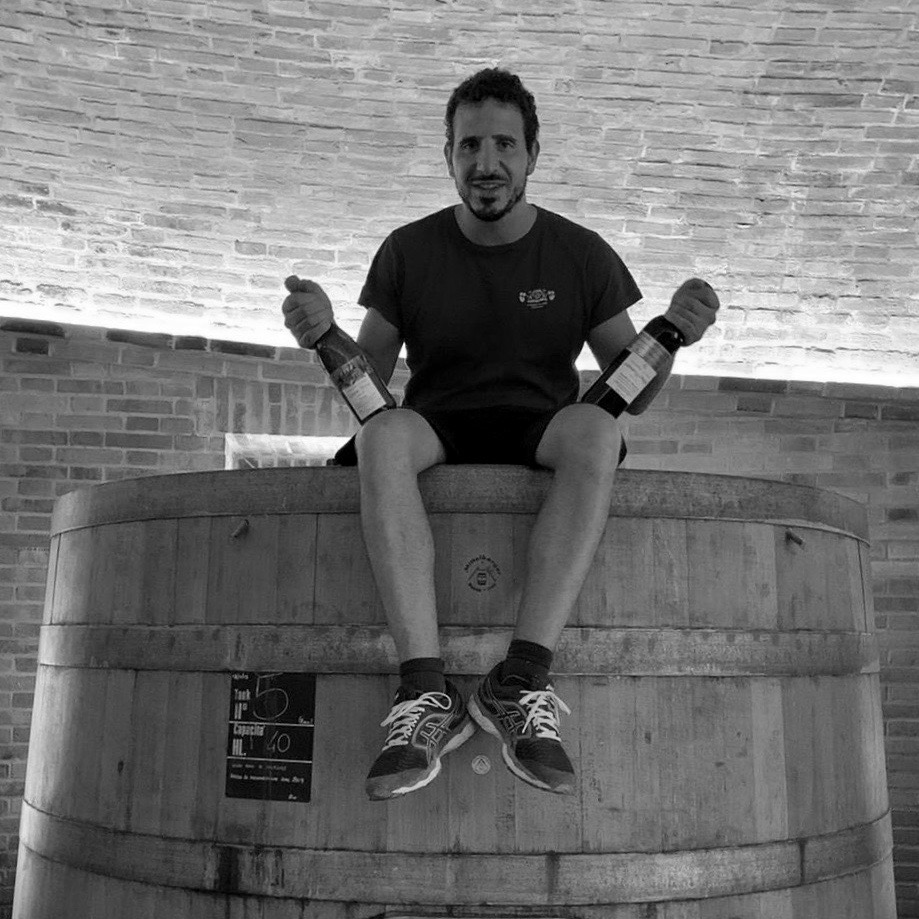 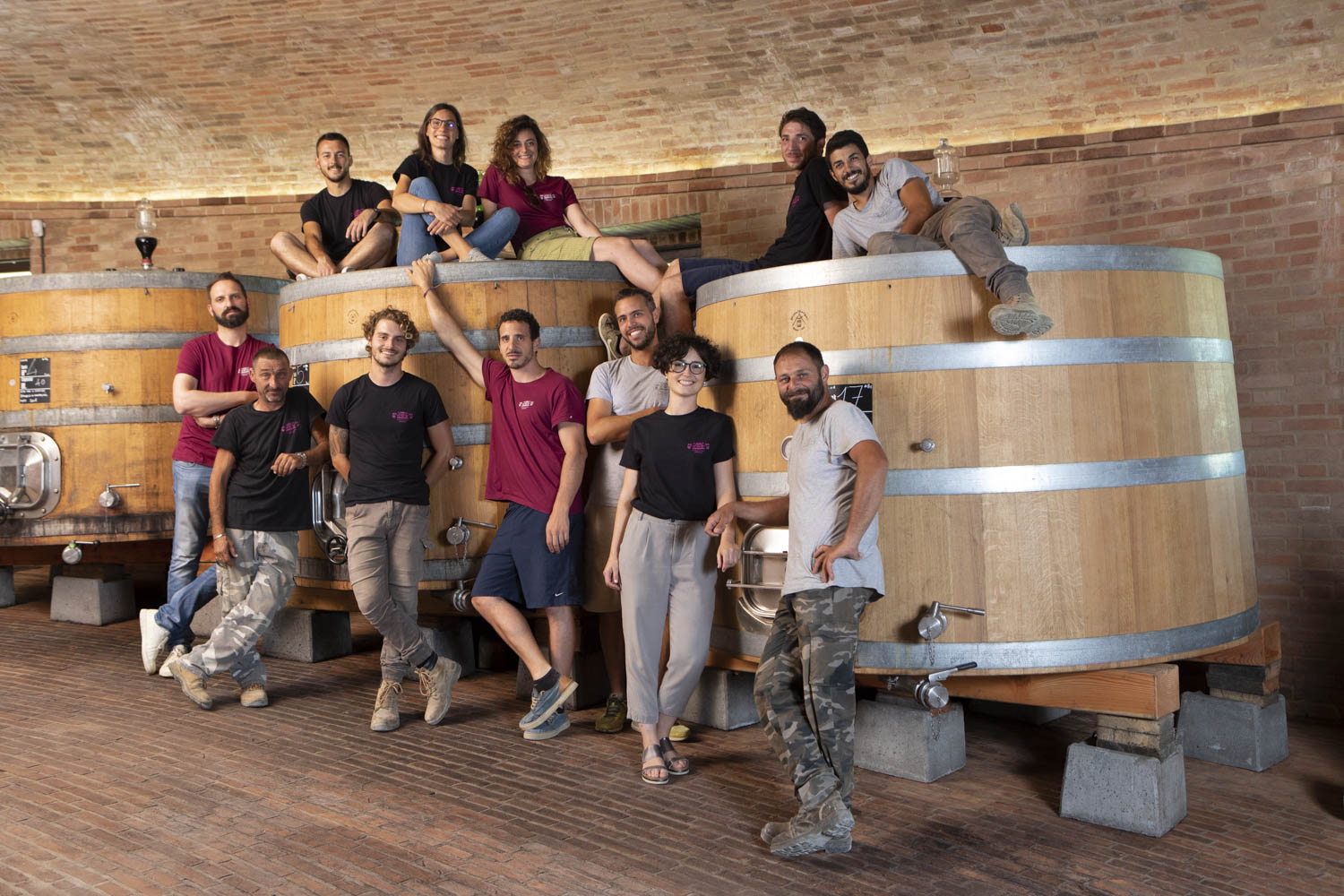 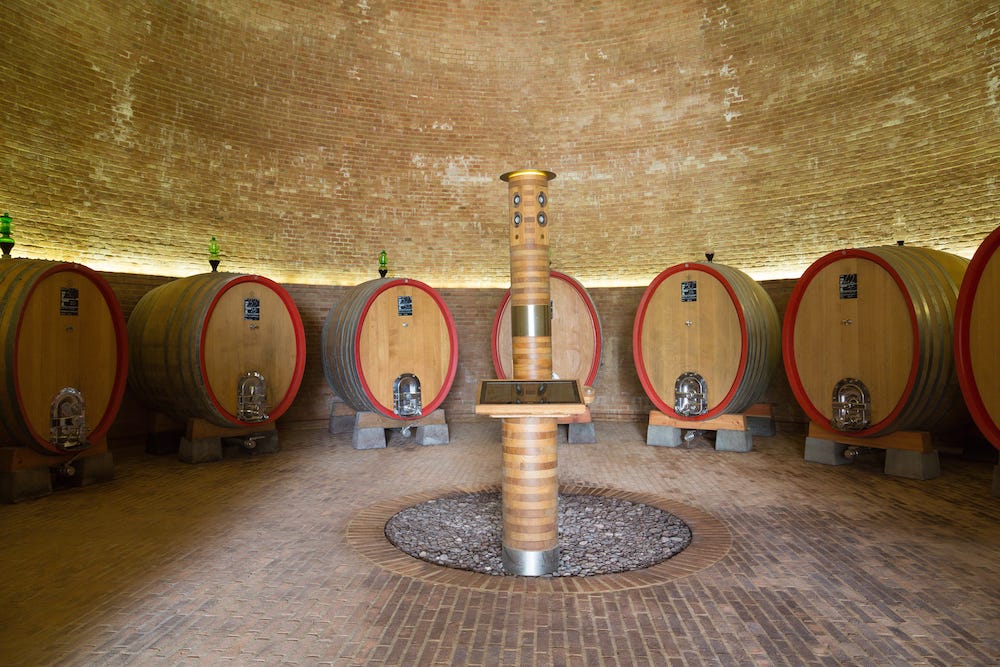 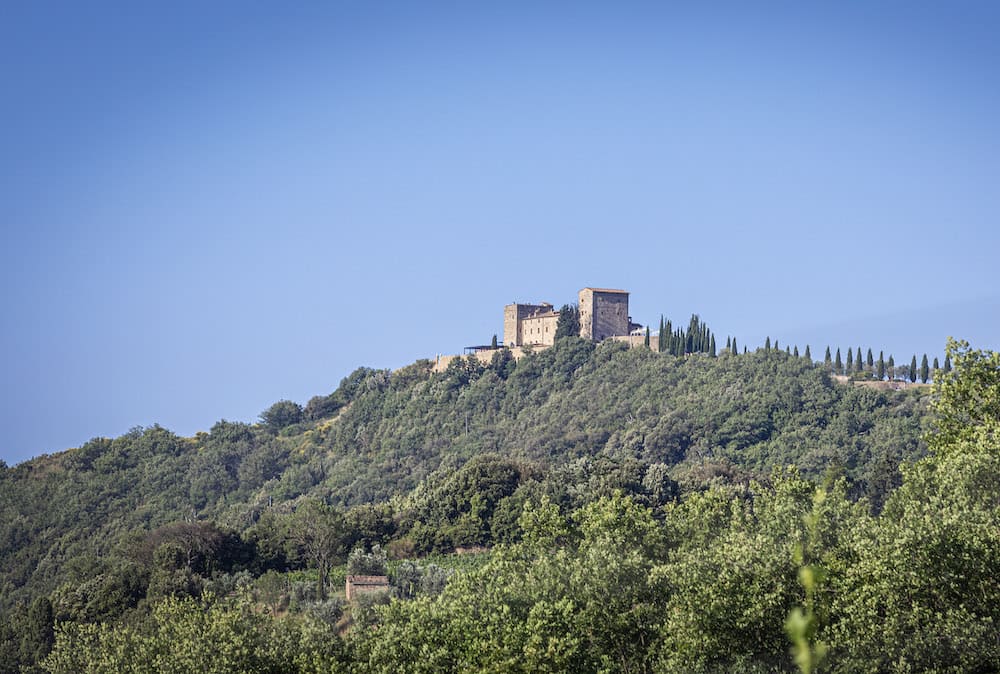 The story of Podere Le Ripi started in 1998, in the Sienese hills of Montalcino in Tuscany. It was a dream come true for Francesco Illy, who often introduces himself as ‘I come from an espresso Coffee makers family. A family well-known for quality’. He is the grandson of Francesco Illy who founded Illy caffè in 1933, and who revolutionised coffee preparation.

From Trieste, the young Francesco travelled the world as a nature photographer, and in the late 1970s he joined the family business. In 1982, he created the first 100% Arabica Espresso Blend. A little more than a decade later, he developed the first colourful designer Espresso machine for use at home, the now famous FrancisFrancis! X1. And then, in 2004, Francesco came up with a new Espresso coffee brewing method which makes it even more creamy and aromatic: the Caffè Firenze.

A man of many talents and facets and, a traveller by nature, Francesco fell in love with Montalcino in 1984. He recalls that it ‘flooded me with the light of the immense’, as the modernist poet Giuseppe Ungaretti wrote. His soul was stolen. He wanted to put down his roots there, a land in the middle of the UNESCO World Heritage site Orcia Valley, where beauty assails all the senses. Here Illy had found beauty and harmony. While still living and working in Switzerland, his search for a dream location where he could live began a couple of years later, without any intention of producing wine, as he considered himself too old.

So, in 1998, the dream house in the middle of uncontaminated countryside came true for Francesco. And almost like a spiral, another dream started, a dream to create something, an aesthetic dream of creating something beautiful and at the same time creating something healthy and sustainable. Born into a family of quality, excellence, and exactitude, although considered the eccentric persona of the family, Francesco Illy firmly believes that every business should understand the importance of aesthetic, ethic, economic, ecological, and social impact.

Podere Le Ripi became the place of his life. A unique sanctuary of just over fifty hectares of forests planted with a multitude of tree varieties, shrubs, centuries old olive trees, and an abundance of flowers all year round. The exceptional wildlife is precious along with a community of rabbits, wild boars, deers, wolves, yews, foxes, eagles, to name but a few.

Francesco started to renovate the house where a shepherd had lived for so long and he set off to prepare the land to plant vines, with the idea in mind that he would sell the grapes and leave the hard labour of making the wine to someone else. But his innate curiosity quickly led him to explore the world of wine and he decided to study viticulture at Florence University.

The plantings began in 2000 with Sangiovese at an incredibly high density of vines per hectare, with which he was obsessed. That way, the roots were forced to go as deep as possible into the soil. Growers in the area would commonly plant 5,000 per hectare. Illy planted 11,000 vines per hectare.

The vineyards began to take shape. The vines started to bear fruit. Francesco was in love with them. He hand-picked the grapes, and in 2003 the self-assured man made his first wine, a Brunello di Montalcino.

Two years later, on a trip to Burgundy, he was horrified to learn that a good wine could not be made with vines younger than 35 years. He wasn’t at all seduced by the idea of producing a good wine in his nineties. So, again, he started to experiment, and he planted a small plot with a density of 62,500 vines per hectare. Each vine is tied to a bamboo stick for an effect resembling a Japanese garden. With the yield of two bunches per vines. In 2007, the very first barrel of Sangiovese ‘Bonsai’ was made.

In 2008, neighbouring land came up for sale, and Francesco could simply not refuse the opportunity to acquire it. A new winery designed by Francesco’s architect son, Ernesto, was finally completed in 2015 after 7 years of research and building. The structure is a spiral with descending ramps (à la New York’s Guggenheim museum) with a soaring central oculus (like Rome’s Pantheon) for its ageing cellar. It took four years for builders to lay 750,000 bricks proportioned according to the ‘golden ratio’ - a mathematical relationship, studied since ancient Greece, that is synonymous for some artists and architects with harmony. The cellar is 100% ecological, in order not to impact the environment.

The vineyards are located on the south-east and west side of Montalcino. Different climatic expositions and the diversity of soils allow the wines to portray such different characteristics. A farm is also located on the estate since 2018. Illy believes that farming is the key element to great wine. The 3 hectares are dedicated to vegetables and fruits, together with wild and domestic animals.

Grapes are hand-picked and collected in baskets before being sorted at the winery. Winemaking is very gentle and takes place in concrete tanks and oak vats. Nothing is added to the wines, besides very small amounts of sulfites. Then follows the ageing in large oak vats in the golden cellar, a journey which may last up to 36 months.

Winemaking is in the extremely safe hands of Sebastian Nasello, who is also the CEO of Podere Le Ripi. On completing oenology studies in 2009 at Pisa university, he made wine at San Filippo in Montalcino.

In 2012, he was appointed as the lead winemaker by Francesco Illy. Both share the same vision about farming, viticulture, winemaking, and most importantly, about life. They have worked in unison ever since.

Sebastian was awarded the prestigious Giulio Gambelli Award in 2016. It is conferred annually to a young winemaker - under 35 - whose work exemplifies the winemaking philosophy of the late master taster.

The wines of Podere Le Ripi are simply beautiful and modern in style with fine-grained tannins and excellent length. They have huge personality and can be considered part of the premier league of Brunello producers.