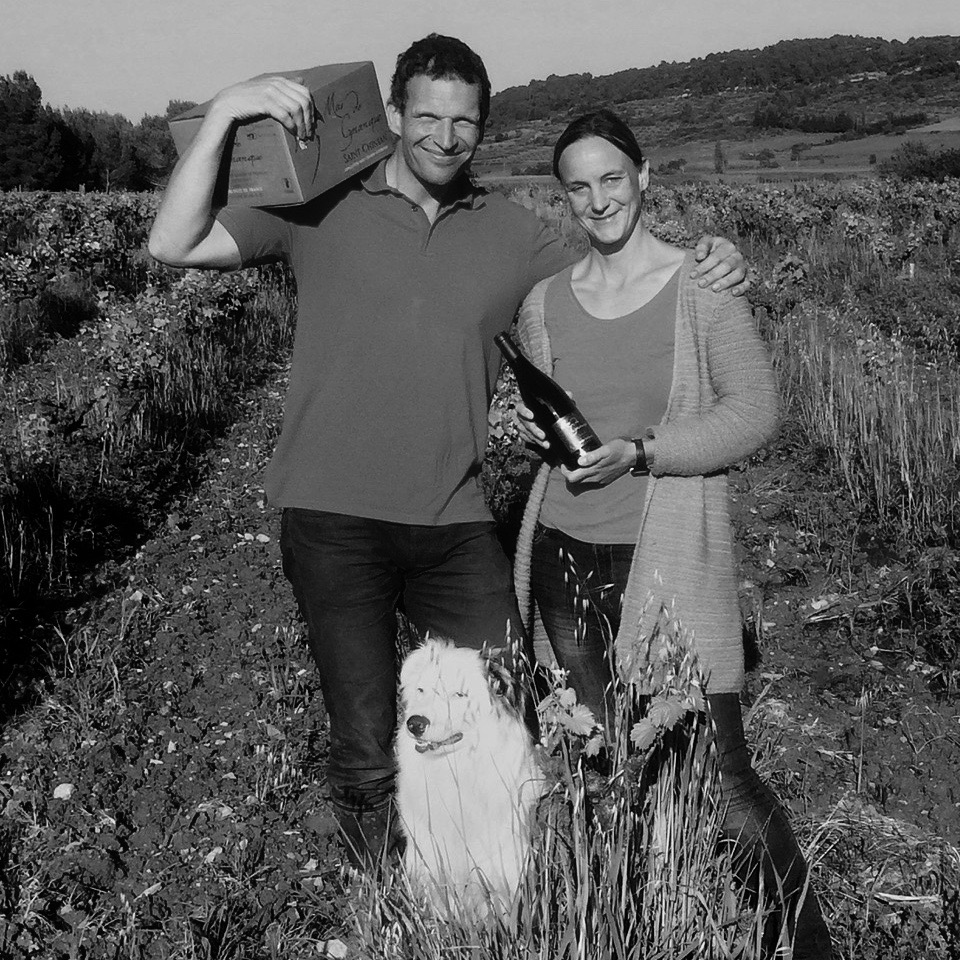 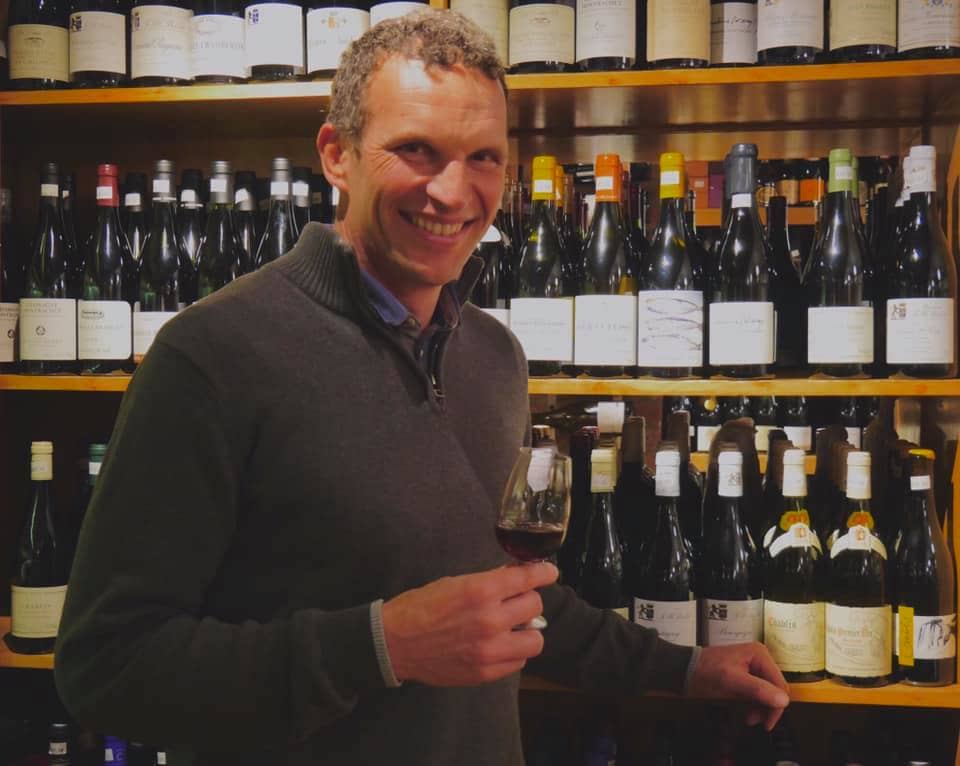 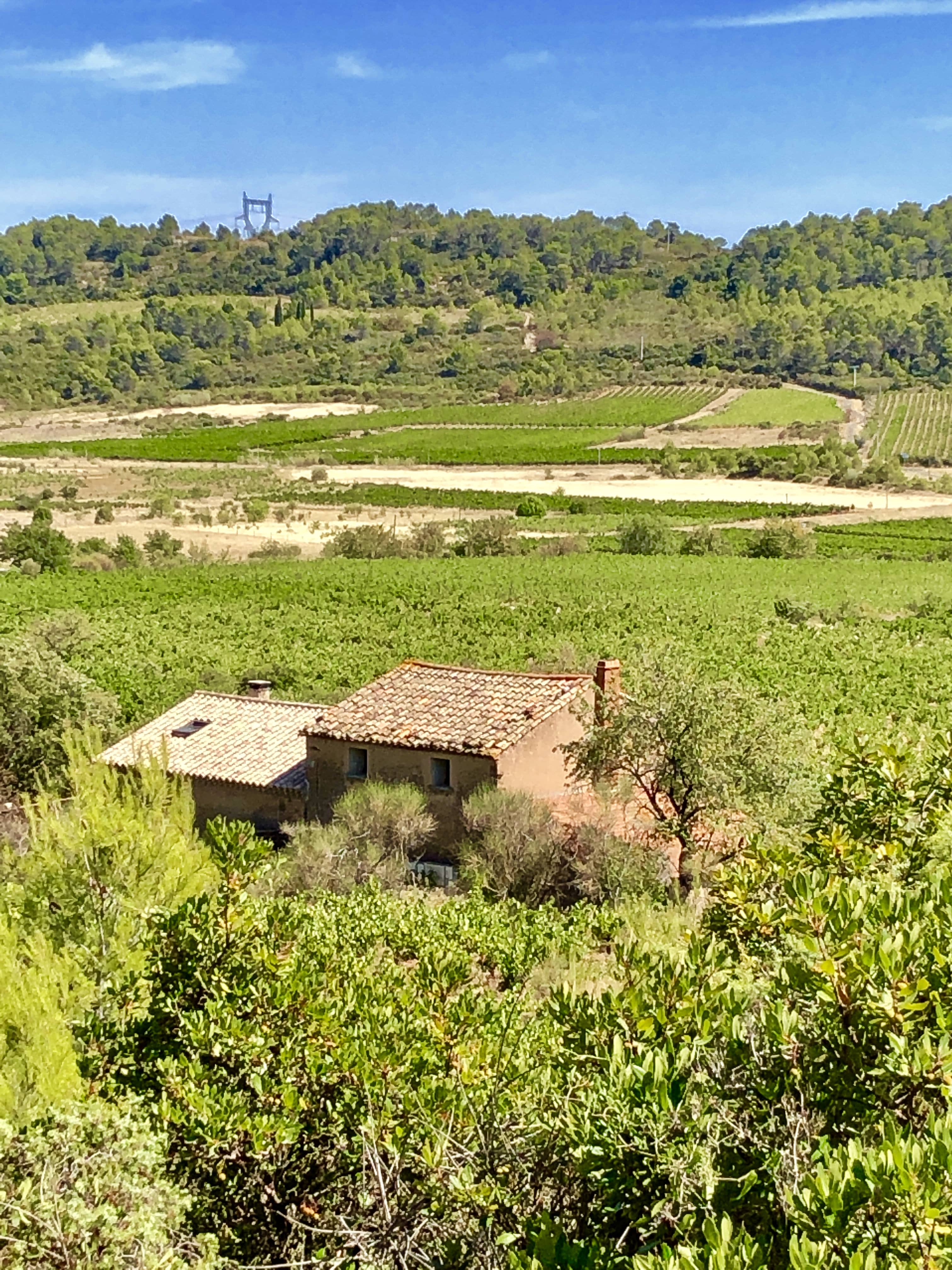 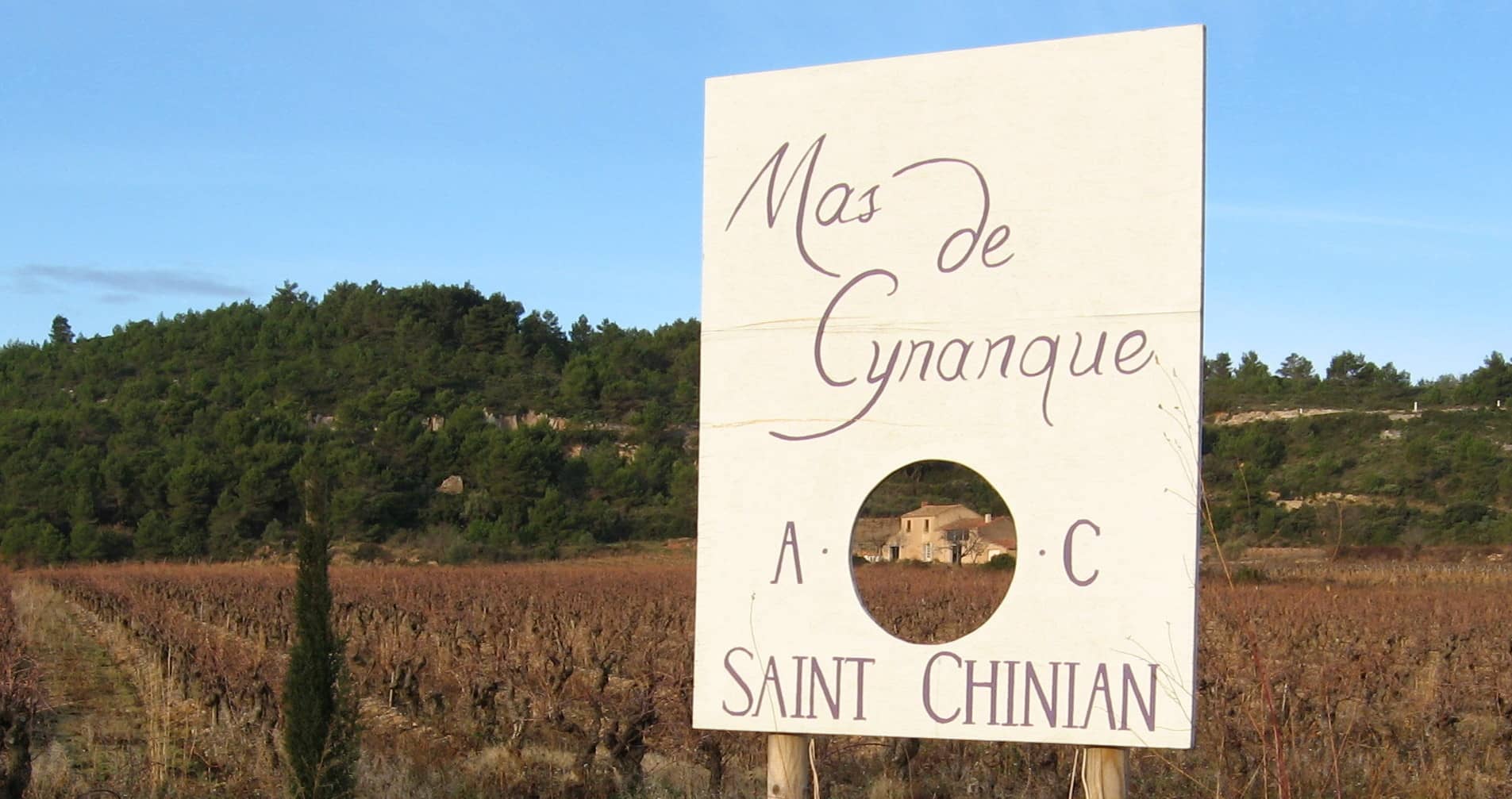 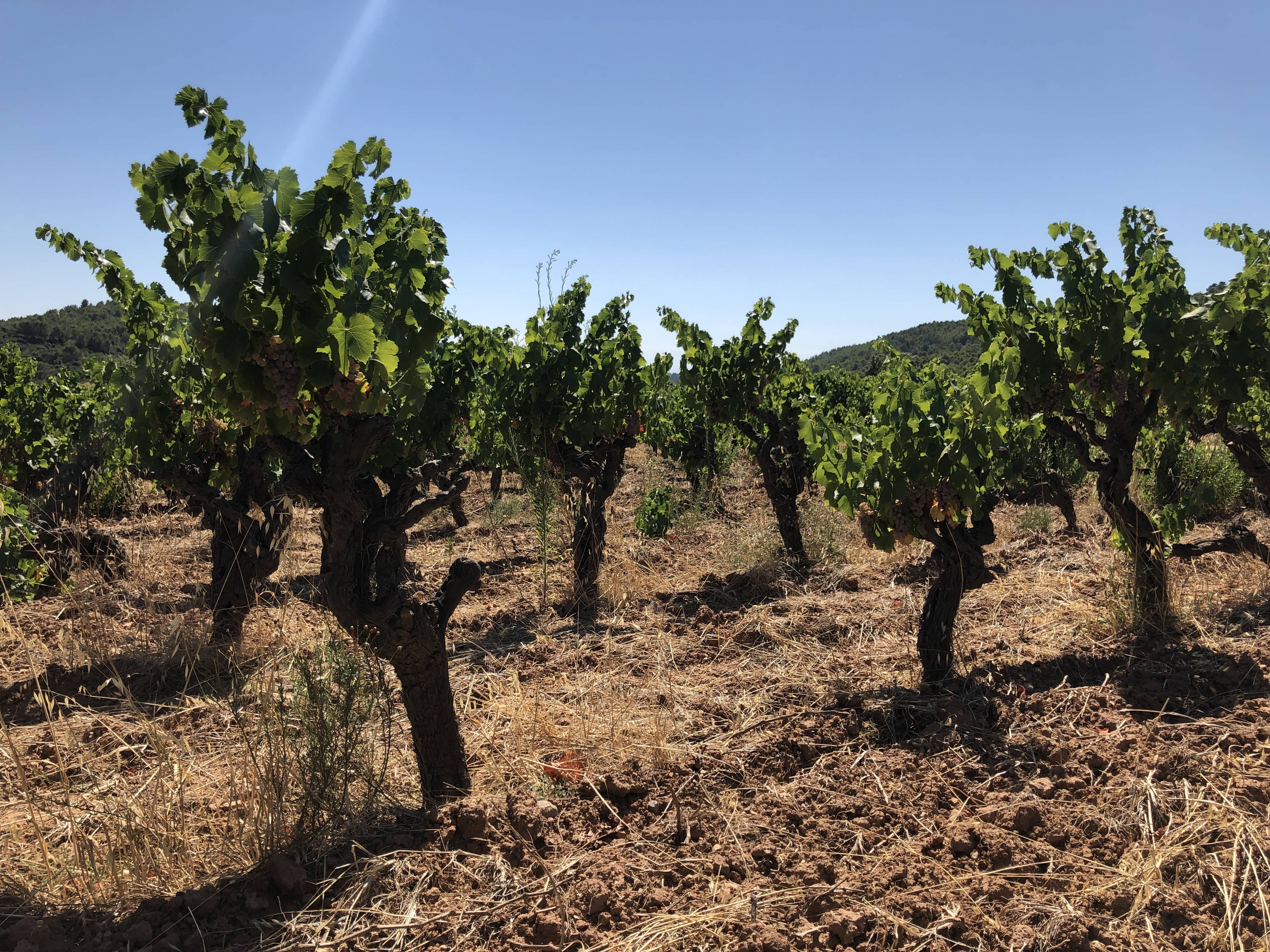 At the end of a little winding road amidst forest and vineyards, Mas de Cynanque is all alone, almost lost. Soulmates in life and consummate winemaking partners, Xavier and Violaine settled in the village of Cruzy in 2004, and this is where they have been ever since, busily crafting organic wines.

Xavier hails from Picardie in the North of France and Violaine from the snow-capped vistas of Savoie. They met while studying botany at Montpellier university. Their dream was to travel to remote countries to research their native flora. They soon realised that this was a just romantic idea and then they instead focussed on studying oenology. After graduating brilliantly, for a while the couple worked for several estates in the Languedoc, until they had made the joint decision to stay in the South to produce their own wines.

Between the villages of Assignan and Cruzy, Xavier and Violaine stumbled across an unspoilt, relatively remote valley, with a promising collection of old Carignan and Grenache vines, unique red sandstone soils, and room to expand. Their location also had to accommodate both their young family (an eighteen-month-old boy and a newborn) and their need to be close to nature. ‘We were aspiring to combine family and work life in symbiosis with the natural environment,’ says Violaine.

They called their new cocoon, Mas de Cynanque. Cynanque is a clematis-type flower that happens to grow in their vineyards. For the Egyptians, this flower was a symbol of purity, maternity, and protection.

However, a monumental task awaited them: to build their cellar. The building had to be hewn out of the hillside, which now houses the winery and the barrel cellar. The lack of running water and the need to curb energy costs dictated its design.

The inert, concrete tanks are gravity fed; and the coolness of the hillside removes the need for air-conditioning. All of this fits in with the couple’s vision of natural techniques, both indoors and outdoors.

The first vintage was released in 2004, the year their adventure began. Since 2009, the vineyards have been managed organically and their approach to biodynamic farming is also ongoing. The 12 hectares of garrigue conveniently located between their two vineyards are a major boost to biodiversity, along with their horses. In the winter, the vineyards are cleared by herds of sheep grazing away.

The couple’s assiduous work pays off. The vines are greener and healthier, and although yields are as low as 15 to 25hl/ha, they have become more regular.

Harvest is manual and pickers can often return three to four times to the same parcels in order to harvest the grapes at full maturity.

In the cellar, they prefer to vinify in concrete tanks. Wines are aged in barrels, however these two engineers like to experiment with other vessels like amphoras.

Xavier and Violaine are kept active with their four beautiful boys. Their love of the flora is reflected in the names of their pure, powerful, well balanced, and outstanding wines. Exuding finesse, elegance with great concentration, they are pure sunshine in a bottle.