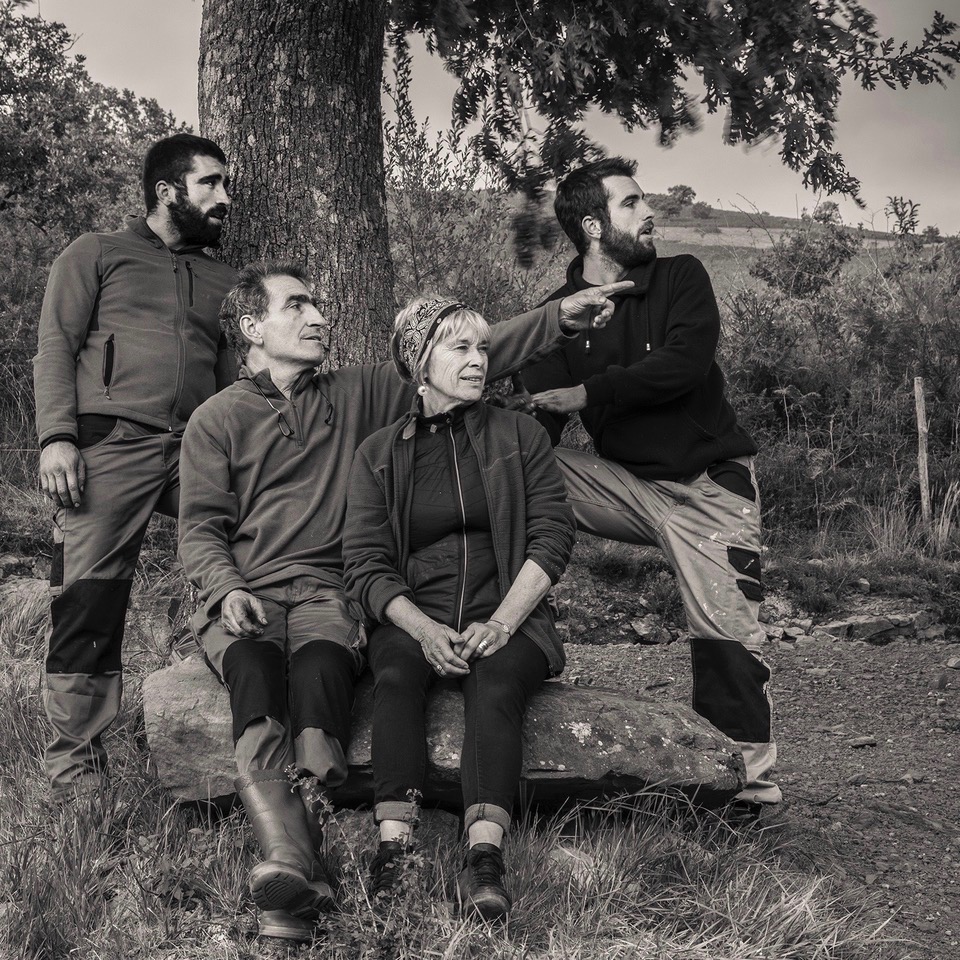 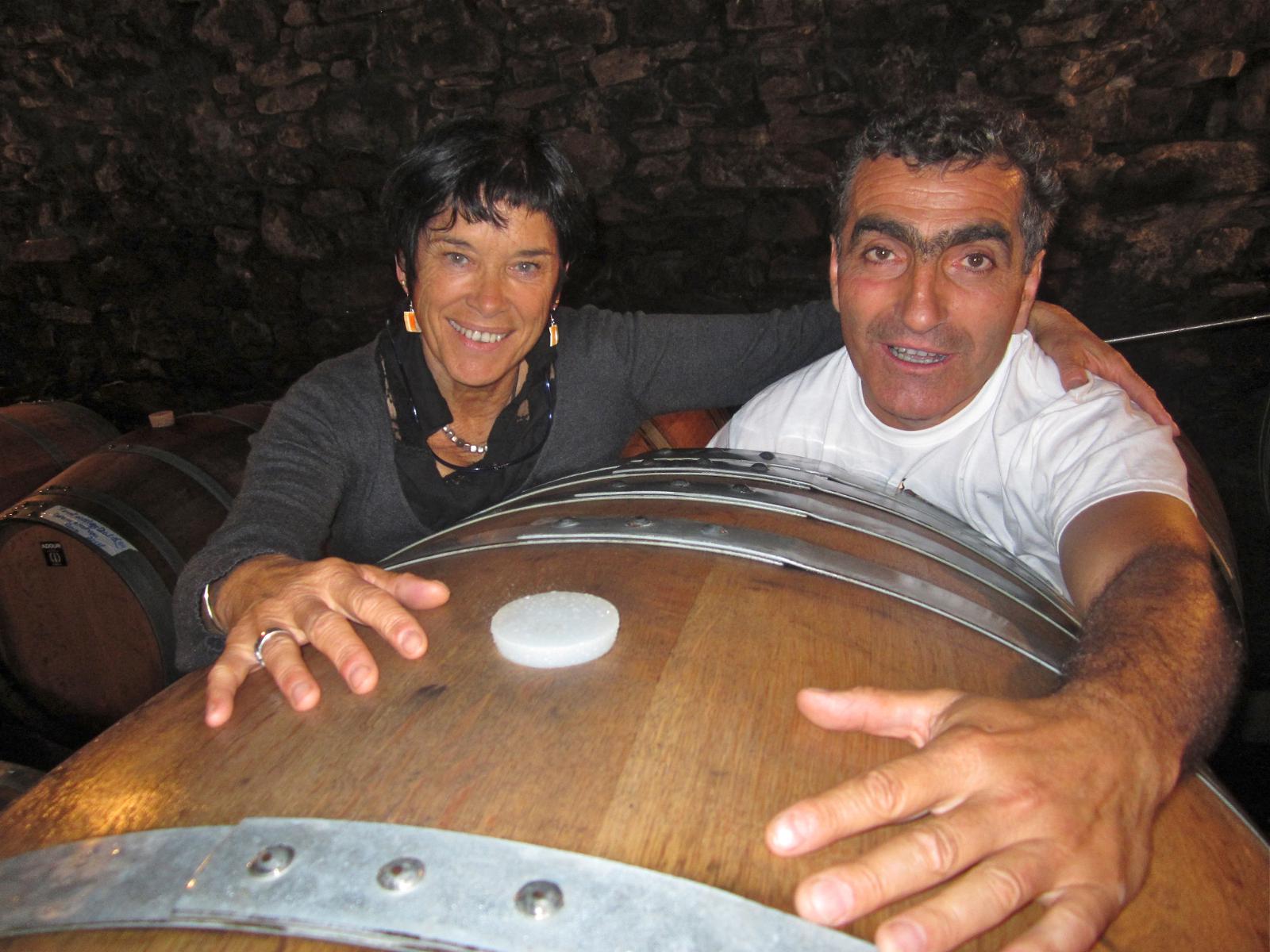 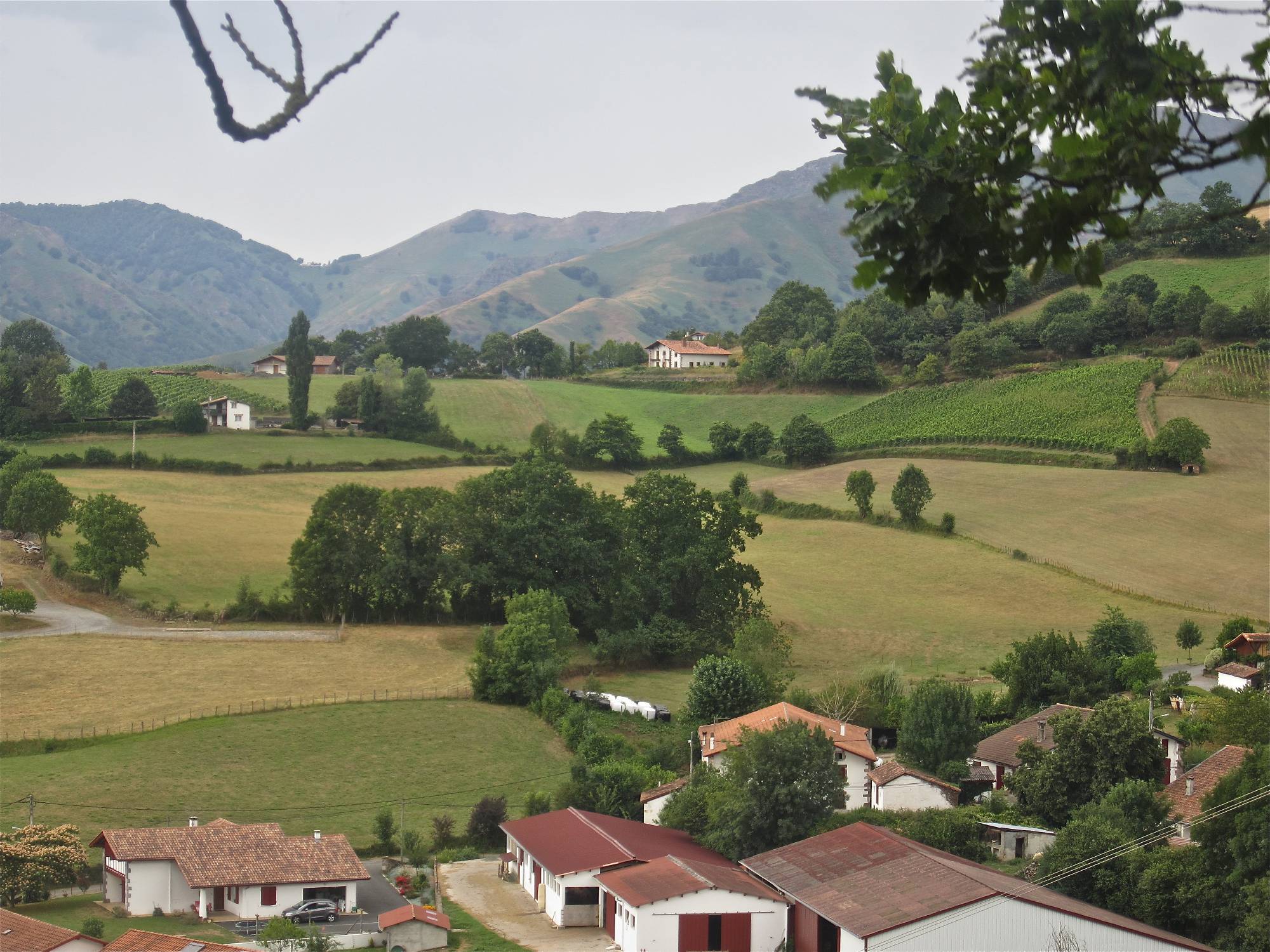 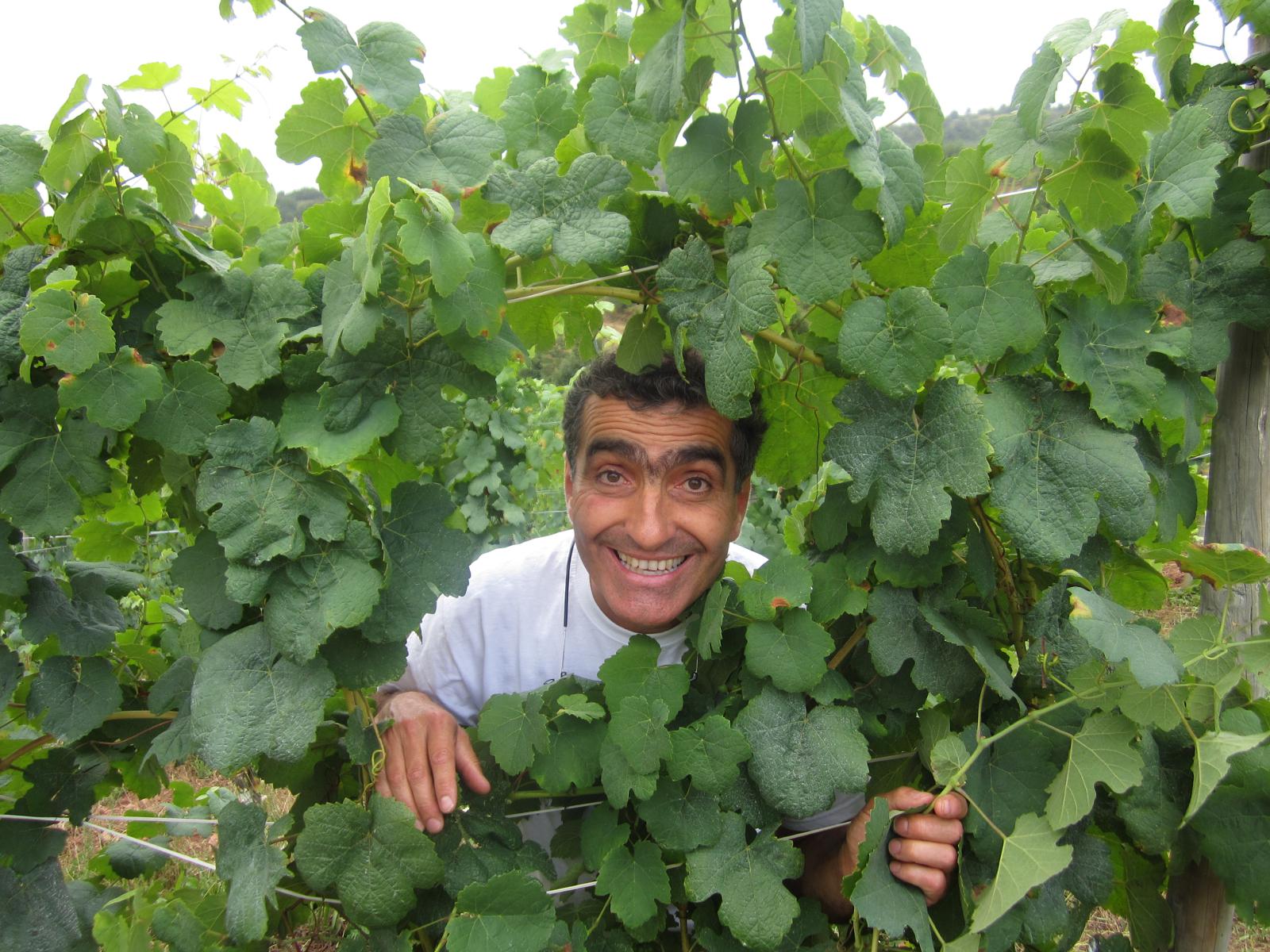 Irouléguy, in the heart of the Basque country, is one of the most beautiful vineyards in the South West of France, where the steep slopes face the Pyrenees. This is where Michel Riouspeyrous was born and where he spent a happy childhood between vines and cattle. He became a teacher at the local agriculture college. While on a charity mission to Africa, where he frequently went, he met his future wife Thérèse, a special needs teacher from Alsace. They had the dream of bringing the small vineyard of Arretxea back to life, as it was once farmed by Michel’s grandfather. The pair got married and the adventure began in 1989, as their dream slowly came true.

The newlywed couple rented two hectares from Michel’s grandfather, while both were still teaching. This is when the colossal work started. Planting vines on slopes with 40% inclination was a mammoth task and it also included building terraces. Eager to do well, they learned from the old villagers and sought assistance from renowned geologists, who helped them to understand the balance between soils, vines, and environment.

From the very beginning, the Riouspeyrous farmed organically and then they pushed on to biodynamy, the next logical progression. They have long replaced weed killers with the sheep of a neighbouring shepherd who spend the whole winter in the vineyards, located between 250 and 450m above sea level.

Domaine Arretxea, which literally means stone house, is exemplary. Today, Michel and Thérèse are joined by their two sons. Téo spent seven years at an iconic estate in the region, and Iban was trained by the great Élian da Ros, the self-made winemaker from Côtes du Marmandais. Altogether, they farm their eight hectares, respecting rigorous ethics. Unfortunately, the yields are very low, but what the joyous ‘team Riouspeyrous’ produces is clearly outstanding. Always in search of adventure and experiment, the Riouspeyrous have created their own Dolia (large terracotta jars), which are entirely handmade by their local pottery Goicoechea, and which they use in their cellar.

Although from a tiny domaine in a tiny appellation, Thérèse, Michel, Iban and Téo are an inspiration for many a vigneron in France and beyond. Their maxim is: ‘The father of the terroir is the climate and the mother is the soil’.

Their wines are of a purity rarely achieved. Whites and reds are aromatic, energetic, and refined, and there’s loads of love in there too.